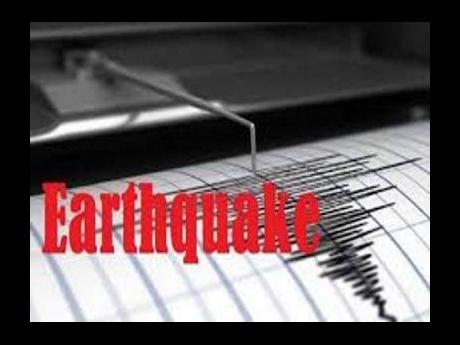 Two earthquakes with magnitudes of more than 5.3 rocked sections of Haiti on Monday killing two people and injuring several others, less than 24 hours after the country was rattled by other tremors.

The authorities said that the quakes are aftershocks of the August 14 last year earthquake that killed more than 2,000 people.

Geological engineer, Claude Prepetit, said the earthquake on Monday was felt in several departments, including the west, the Nippes and the north, and was located in the Nippes region in Anse-à-Veau, on the northern side of the Tiburon Peninsula,

“These are the aftershocks of August 14,” he said.

The authorities said that one quake with a magnitude of 5.3 was recorded three kilometres (km) south-south west of Anse-à-Veau in the Department of Nippes. That quake occurred at 8.16 a.m. (local time)

The second earthquake of “lower” intensity occurred at 9:06 a.m. (local time) with a magnitude of 5.1 and was felt in the west, south west of Petite Rivière de Nippes.

The authorities said that two person died in Fonds-des-Nègres, while three others were injured in the city centre of Petite-Rivière. Several houses were damaged. They said that several roads were also damaged.

On Sunday, an earthquake with a magnitude of 4.3 was recorded 30 km west of Môle Saint-Nicolas in the Department of North-West.

There had been no reports of damage or loss of life.