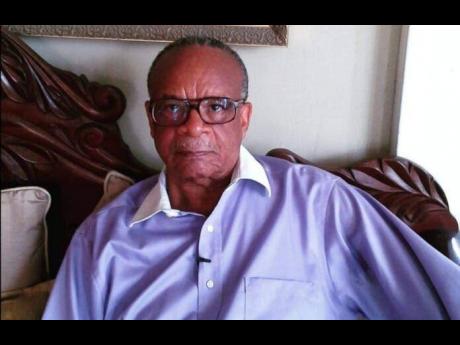 Prime Minister Gaston Browne has paid tribute to the former chairman of the Antigua-based regional airline, LIAT, Dr Jean Holder, who died in his homeland, Barbados, on Tuesday at the age of 85.

Holder served as chairman of the board of directors of LIAT, retiring in 2011 after seven years, and in 2019, stepped down also as a director of the cash-strapped company, saying that it was fulfilling to perform this role in such a critical regional institution.

Browne, whose government is a shareholder of the airline, said Holder served with “distinction”, extending his condolences to the government and people of Barbados.

“The entire region is poorer by his passing,” Browne said, while his Junior Finance Minister Lennox Weston, who served with Holder on the LIAT board, said the former chairman was always revered as a Caribbean intellectual who did practical things.

“He has been credited for putting together the organisational basis and analytical basis for tourism development and advancement and went on to LIAT board at a time when LIAT was serving more than 21 countries when most of the Caribbean governments pulled out their financial support.

“He held LIAT together for 16 years. He was a very quiet, dapper intellectual who with quiet persuasion ... had good connections ... with the leaders of the Caribbean.”

“We did not always have the same opinion on certain things in LIAT. He was a class act, he did it with diplomacy and he did it with a certain amount of style. It was never a raised-voice situation,” Thompson said on the Observer Radio here.

“He served well, he has played his innings and may he rest in peace and rise in glory.”

LIAT in a statement said it was “deeply saddened” by the passing of Holder, saying he will be remembered for creating the consultative mechanism meetings, a medium of communication between the management of LIAT and the Standing Regional Consultative Council of Trade Unions within the LIAT system, which comprised of the 11 trade unions that represented LIAT employees.