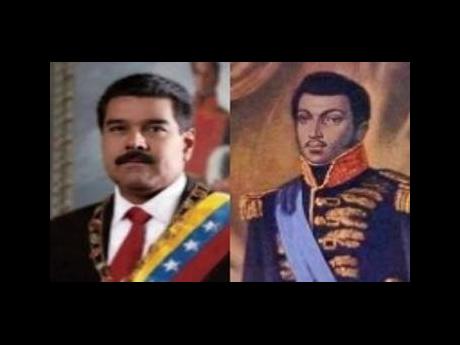 Venezuelan President Nicolas Maduro has praised the role played by Haiti’s first president, Alexandre Pétion, in the liberation of the South American country as the French-speaking Caribbean Community (CARICOM) country celebrated his 252nd birthday over the past weekend.

“I greet the people of Haiti with great affection and gratitude, as we commemorate 252 years since the birth of Alexandre Pétion, revolutionary leader and ally who collaborated with Father (Simon) Bolívar in the struggle for independence. Pétion’s solidarity is present in America,” Maduro wrote on his Twitter account.

Pétion was a soldier and politician who served as president between 1806 and 1818. In 1798, he joined the campaign for the liberation of Haiti against England and Spain, which was completed in 1815.

During that period he came into contact with Simón Bolívar, who had taken refuge in Jamaica, and Pétion offered him arms, ships and soldiers to resume his struggles in Venezuela, under the promise of the future liberator to decree the abolition of slavery in the Americas.