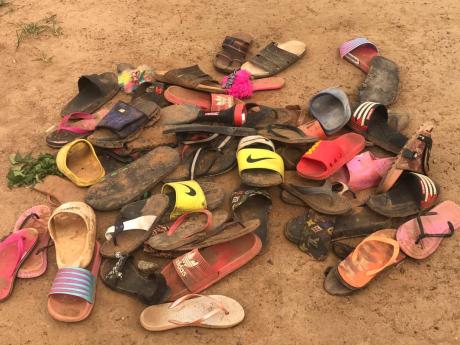 Dozens of civilians have been killed in northeast Nigeria by Islamic extremist rebels targeting farmers and the local militia group, local authorities told AP on Tuesday.

The attack happened Sunday in the Kala/Balge council area of Borno state, where an insurgency launched by the extremists has been concentrated for more than a decade. However, authorities are just learning of the incident and are still searching for bodies as of Tuesday, said Suleiman Idris, spokesman of the Kala/Balge government.

Boko Haram, Nigeria’s homegrown jihadi rebels, launched an insurgency in 2009 to fight against Western education and to establish Islamic Shariah law in Nigeria. At least 35,000 people have been killed and 2.1 million people displaced as a result of the extremist violence, according to data from UN agencies in Nigeria.

In Sunday’s attack, 43 people, mostly members of the local self-defence militia, were ambushed on their way to Muduh, close to the northern border with Cameroon, Idris said. The local government isn’t yet able to confirm the exact number of those killed, but the toll is likely higher than the 22 dead initially reported by the military, he said.

“As I am talking to you now, even their dead bodies are still there,” he told AP. “The chairman is liaising with the army to find and carry the dead bodies from the bush.”

Some of those also killed by the rebels in the latest attack included farmers who were working in their fields, said Adam Rappa, another government official in the council area. The extremists “targeted everybody and not just farmers”, he said.

“Their intention was to kill everyone,” said Rappa, referring to the insurgents who often attack remote communities arriving on motorcycles in large numbers.

The affected area is a “no-go area”, said Idris. Many parts of Kala/Balge are not accessible as they have often been hit by the extremists largely because of its proximity to the Cameroonian border – an escape route for the militants.

With the Nigerian military overstretched while responding to other pockets of security crises in addition to the war against the extremist rebels, the local militia known as the Civilian Joint Taskforce has supported military operations in northeast Nigeria.

Those members of the local militia killed on Sunday “used to gather to go around villages to check if there are Boko Haram ambushes”, said Idris with the Kala/Balge administrative office. “This time, they just went alone without the army.”

Nigerian security forces have repeatedly claimed victory in the war against Boko Haram and its offshoot the Islamic State in West Africa Province. But spontaneous attacks still target remote communities that have little security presence.