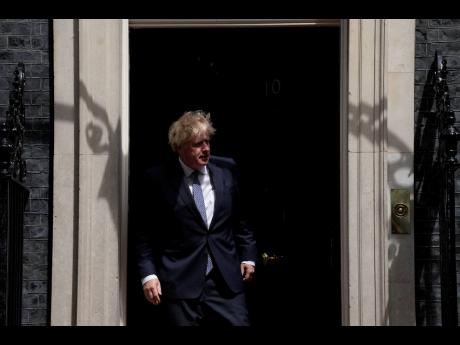 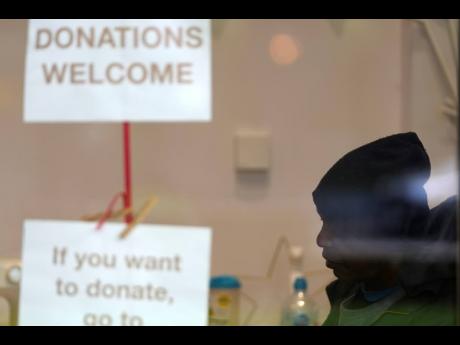 For many struggling families, older people and the homeless, Michelle Dornelly’s food hub in east London has been a lifeline. Since the COVID-19 pandemic hit Britain, she has been collecting surplus groceries from supermarkets and distributing them to people who can’t afford to buy food.

While the virus threat has faded, the need for food banks in Britain has soared. Skyrocketing energy and food bills are pushing millions deeper into financial hardship, and food banks and community groups like Dornelly’s across the United Kingdom say they don’t have enough to feed the growing numbers of desperate people knocking at their doors.

“We are struggling as it is, but right now we’re in a bubbling pot. You’re getting people panicking,” she said, dishing up turkey curry and onion bhajis to serve people recently. “We used to be able to run to 4 p.m., but now by 2:30, all the food’s gone.”

Dornelly offers groceries and free hot meals every week to several dozen regulars in Hackney, an inner London borough with high rates of inequality: almost half of all children there are in poverty. Since the winter, at least 30 to 40 new people have been referred to her, she said.

The cost of food and fuel in the UK has risen sharply, with inflation reaching nine per cent in April – the highest in 40 years. The same month, millions of families saw their annual energy bills jump by 54 per cent, amounting to an extra 700 pounds (US$863) a year on average for each household. On Tuesday, Britain’s energy regulator warned that domestic energy bills could shoot up again by another 800 pounds per annum in the autumn, as Russia’s war in Ukraine and rebounding demand after the pandemic push oil and natural gas prices higher.

Food businesses have had to pass on higher costs to shoppers, who already have less in their pockets because pay is failing to keep up with price increases. Those on low incomes and dependent on state welfare have been hit hardest. In October, Britain’s government stopped paying an extra 20-pound (US$25) per week benefit payment that was introduced during the pandemic.

Other parts of the world are struggling, too, as inflation bites. Europe has seen surging consumer prices, causing sticker shock at the grocery store. In the US, food banks say rising food and gas prices and overall inflation are intensifying demand for their support, while their labour and distribution costs are climbing and donations are slowing.

“I suppose it’s the way life is going. But it shouldn’t be going so drastically,” said Dave Anderson, one of Dornelly’s regulars.

The 62-year-old hasn’t been able to work or take care of himself since he had heart surgery and was left with no electricity or gas at home until volunteers found him. The 118 pounds (US$145) of benefits he gets every two weeks don’t go far.

“Me, I’ve not even looked at my bills because I think I’d want to sit there and cry,” Dornelly said. “I don’t understand why the politicians are allowing this to happen.”

Things are expected to worsen in coming months. The Bank of England predicts inflation could hit 10 per cent by the fall, and its governor, Andrew Bailey, has warned of a “very real income shock” caused by energy prices and an “apocalyptic” rise in food prices due to the war in Ukraine.

A recent report from the International Monetary Fund said the UK is expected to be the slowest-growing economy out of the Group of Seven leading democracies in 2023 as the war sets back the global economic recovery from the pandemic.

“All of our organisations are reaching out to us saying, ‘We need more food,’ more families are approaching us. The people we’re seeing have got even less to make ends meet,” said Rachel Ledwith, head of community engagement at the Felix Project, a charity that redistributes surplus groceries from the food industry to about 1,000 charities and schools across London.

It delivered enough parcels to make 30 million meals last year, and its kitchen produces thousands of meals – like broccoli soup made from the stems – every day. But that’s nowhere near enough.

“I think we’re seeing between 25 per cent to 50 per cent increase in demand – so if an organisation was supporting 50 people, they’re now seeing closer to 75,” Ledwith said. “It’s a real pressure – there’s still a huge amount of need out there in London. We still have a wait list of several hundred organisations that have asked for food that we haven’t yet got the ability to take on.”

The picture is similar across Britain.

The Trussell Trust, which runs more than half of all UK food banks, said last winter was its busiest outside of 2020 – the height of the pandemic. The charity said its food banks provided more than 2.1 million food parcels in the UK in the past year, 14 per cent more than the same period in 2019. Of those, 830,000 were for children.

The Food Foundation, another charity, said a recent survey showed that around one in seven adults said they or someone they live with have skipped meals, eaten smaller portions or gone hungry all day because they couldn’t afford food.

“The situation is rapidly turning from an economic crisis to a health crisis,” said Anne Taylor, the charity’s director. “The government needs to realise the boat is sinking for many families, and it needs to be fixed. Bailing out with emergency food parcels is not going to work.”