Ex-rebel frontrunner could shake US ties 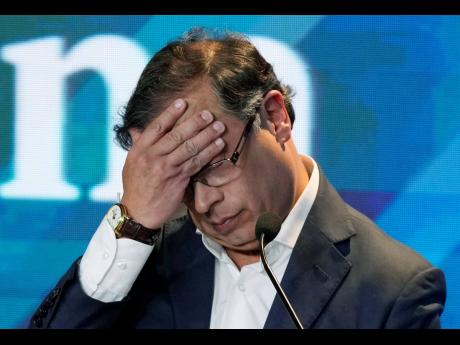 Now, as Colombia heads into its presidential election Sunday, Espinel walks the streets of working class sectors in Bogota handing out flyers for front-running candidate Gustavo Petro and helps paint murals in support of the leftist politician.

“Young people in this country are stuck,” said Espinel, who lost his job as an event planner during the pandemic and received no compensation from his company. “We hope Petro can change that. We need an economic model that is different than the one that has been failing us for years.”

Colombians will pick from six candidates in a ballot being held amid a generalised feeling the country is heading in the wrong direction. The latest opinion polls suggest Petro could get 40 per cent of the votes, with a 15-point lead over his closest rival. But the senator needs 50 per cent to avoid a run-off election in June against the second place finisher.

His main rival through most of the campaign has been Federico Gutierrez, a former mayor of Medellin who is backed by most of Colombia’s traditional parties and is running on a pro-business, economic growth platform.

But populist real estate tycoon Rodolfo Hernández has been rising fast in polls and could challenge for the second spot in Sunday’s vote. He has few connections to political parties and says he will reduce wasteful government spending and offer rewards for Colombians who denounce corrupt officials.

Petro, a former rebel with anti-establishment rhetoric, promises to make significant adjustments to the economy as well as change how Colombia fights drug cartels and other armed groups. His agenda largely centres on fighting inequalities that have affected the South American nation’s people for decades and became worse during the COVID-19 pandemic.

He has promised government jobs to people who can’t get work, free college tuition for young Colombians and subsidies for farmers who are struggling to grow crops, which he says he will pay for by increasing taxes on wealthy individuals and corporations.

His agenda also touches on issues that could shake up Colombia’s tight-knit relationship with the United States.

Adam Isacson, an expert on defense policy at the Washington Office on Latin America, a think tank, said if Petro wins the election “there will be more disagreement and distance” between both countries.