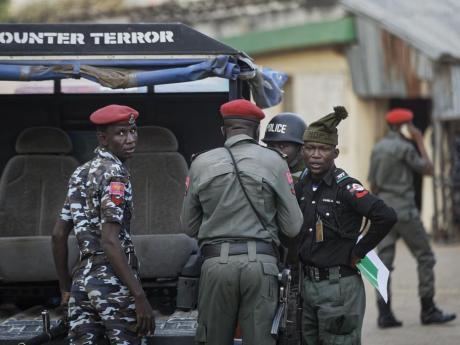 ABUJA, Nigeria (AP) — At least 35 teenage girls held captive and forced to work in a prostitution ring in southeastern Nigeria have been rescued after police raided a hotel where they were being held, police said.

The girls between the ages of 14 and 17 were found by police acting on a tipoff in Nkpor town in Anambra state, according to a statement issued by Tochukwu Ikenga, Anambra police spokesman.

The girls were being used for prostitution and some were impregnated so their babies could be sold, said the statement.

Four of the girls rescued are pregnant, police said.

Three suspects were arrested in connection with the incident, the police statement said.

“The suspects arrested are being interrogated with a view to eliciting information on their involvement and unmasking other gang members,” said the police spokesman.

The suspects arrested will be charged at the end of the investigations, he said.

The girls freed will be handed over to Nigeria's National Agency for the Prohibition of Trafficking in Persons for their care while, said the statement.