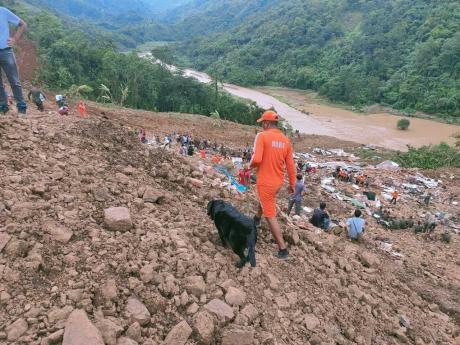 Disaster response workers, police and local villagers were trying to rescue those buried under the debris in Noney, a town near Imphal, the capital of Manipur state.

He said five Indian Railway officials were among those feared missing.

A railway project is being constructed in the area, where there is a rebel insurgency, and the army personnel were providing security for railway officials overseeing the project.

The state's decades-old insurgency seeks a separate homeland for ethnic and tribal groups.

Continuous rainfall over the past three weeks has wreaked havoc across India's northeast, which has eight states and 45 million people, and in neighbouring Bangladesh.

An estimated total of about 200 people have been killed in heavy downpours and mudslides in states including Assam, Manipur, Tripura and Sikkim, while 42 people have died in Bangladesh since May 17.

Hundreds of thousands of people have been displaced.