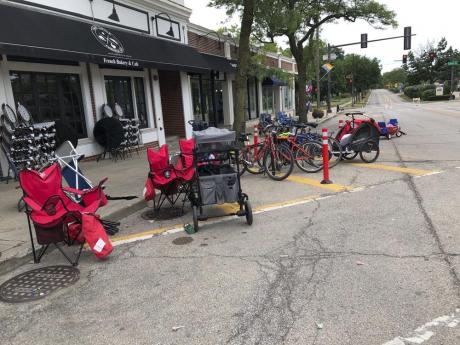 CHICAGO (AP) — At least five people are dead and 19 were taken to hospitals after a shooting at a July Fourth parade in a Chicago suburb, police said.

The shooting in Highland Park disrupted the annual parade just after it began at 10 a.m.

Highland Park Police said in a statement that five people were killed and 19 people were taken to hospitals.

It was unclear if the five dead were among the 19 hospitalised.

The police said authorities are still searching for the suspect and called it an active incident.

The Chicago Sun-Times reported that the parade began around 10 a.m. but was suddenly halted 10 minutes later after shots were fired.

Several witnesses told the newspaper that they heard gunfire.