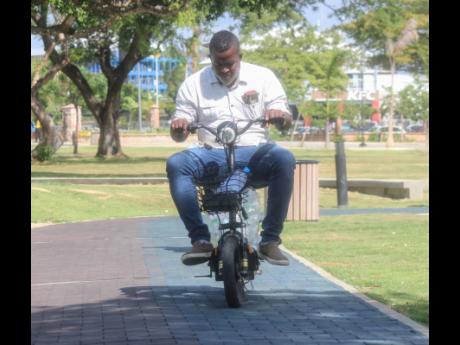 DANIEL DAWES, chief executive officer of the Universal Service Fund (USF), says public Wi-Fi will be installed at the Harmony Beach Park in Montego Bay, St James, at a cost of $30 million.

The state-of-the art recreational space, which is located along Howard Cooke Boulevard, was developed on 16 acres at a cost of $1.3 billion and was officially opened to the public in May 2021. The park offers free public access.

Dawes made the announcement on Monday during the launch of the USF’s free Wi-Fi service in the Rose Heights/Farm Heights community.

“We will outfit all of Harmony Beach Park with our Wi-Fi service from top to bottom,” Dawes said.

The USF CEO said work on the project has started and service is expected to become operational during this financial year.

He noted that the installation of public Wi-Fi access is being done under a memorandum of understanding with the owners and operators of the park.

“We would have signed a memorandum of understanding with Urban Development Corporation (UDC). We have a commitment of between $25 million and $30 million dollars to outfit that space,” Dawes told The Gleaner.

He said both the UDC and USF met two weeks ago to finalise details of the agreement.

“We will have to do the maintenance to make sure that the service stays online,” added Dawes.

“Under that partnership, we will be outfitting all of that stretch with public access Wi-Fi,” he said.

He noted that discussions with the TEF is now at an advanced stage, in terms of finalising the paperwork.