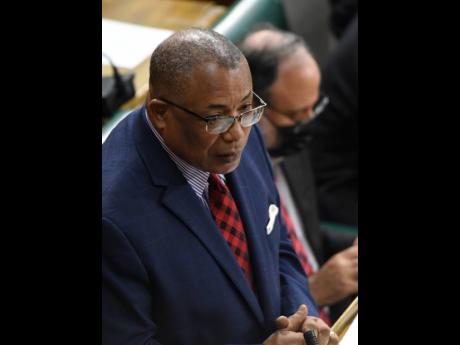 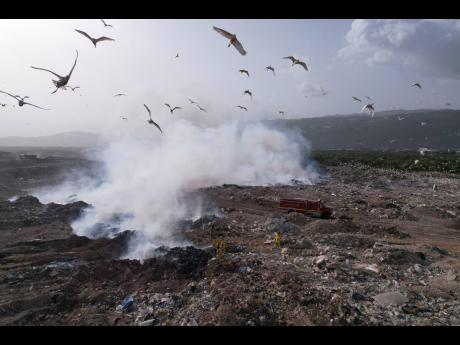 Ricardo Makyn
Plumes of smoke billowing from the Riverton City dump in St Andrew last month as a fire rages at the eastern side of the disposal site.
1
2

MEMBER OF Parliament for St Andrew Western Anthony Hylton has voiced support for plans by the Government to close down the Riverton City dump.

Prime Minister Andrew Holness announced on Friday that the Government was moving to decommission the Riverton City waste disposal site as well as others. However, he did not give a timeline for the closure.

Holness reiterated the plan during a joint sitting of the Senate and the House of Representatives to commemorate the 60th anniversary of Jamaica’s independence. He first made the disclosure during a Jamaica Labour Party meeting at the Montego Bay Convention Centre in mid July.

In a Gleaner interview also on Friday, Hylton said discussions had been taking place on the issue, adding that the prime minister’s announcement did not come as a surprise.

Hylton said he understood why the closure of the disposal site was necessary for a number of reasons. He said the coexistence of the people and the dump has been a challenge not just for the people of Riverton, but for the entire lower St Andrew and the Corporate Area by extension.

The MP for St Andrew Western, in which the Riverton City dump is located, noted that critical discussions would have to be held prior to the closure of the site.

He indicated that the people of Riverton City would have to be given assurance that their economic existence and livelihood would not “simply be discarded but that specific plans would be put in place around housing and around other kinds of planned development so that the future of the people would be secured”.

Holness had indicated that he planned to hold talks with Hylton in September to “fully brief him on the plans and to secure his support for the plans”.

“By September, I will be having discussions with the MP for St Andrew Western to fully brief him on the plans and to secure his support for the [closure]... It’s not a simple matter of saying we are closing down Riverton City, people depend on it for their economic survival and people live on it,” the prime minister added.

For years, the Riverton City waste disposal site has posed serious environmental concerns, with frequent fires triggering heavy plumes of smoke which blanket large areas of Kingston at each episode.