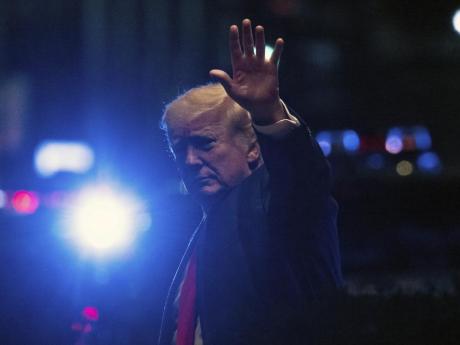 WASHINGTON (AP) — Former President Donald Trump will be questioned under oath Wednesday in the New York attorney general's long-running civil investigation into his dealings as a real estate mogul, he confirmed in a post on his Truth Social account.

Trump's testimony comes amid a flurry of legal activity surrounding him, taking place just days after FBI agents searched his Mar-a-Lago estate in Florida as part of an unrelated federal probe into whether he took classified records when he left the White House.

“In New York City tonight. Seeing racist N.Y.S. Attorney General tomorrow, for a continuation of the greatest Witch Hunt in US history!” Trump wrote on Truth Social, invoking his oft-repeated claims about James, who is Black, and the investigation.

“My great company, and myself, are being attacked from all sides,” Trump added. “Banana Republic!”

Messages seeking comment were left with James' office and with Trump's lawyer.

Trump's testimony is happening at a critical point in James' investigation, midway through a pivotal week in his post-presidency.

In May, James' office said that it was nearing the end of its probe and that investigators had amassed substantial evidence that could support legal action, such as a lawsuit, against Trump, his company or both.

The Republican billionaire's deposition — a legal term for sworn testimony that's not given in court — is one of the few remaining missing pieces, the attorney general's office said.

Two of Trump's adult children, Donald Jr. and Ivanka, testified in the investigation in recent days, two people familiar with the matter said. The people were not authorised to speak publicly and did so on condition of anonymity.