Tears and hugs for Russians called up to fight in Ukraine 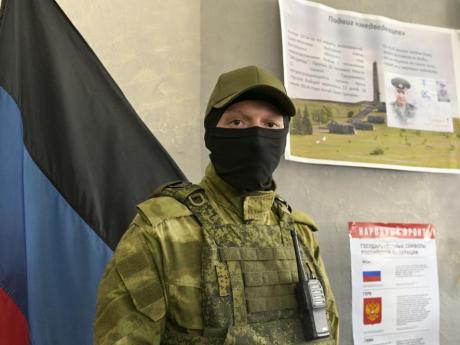 A day after President Vladimir Putin ordered a partial mobilisation to bolster his troops in Ukraine, dramatic scenes of tearful families bidding farewell to men departing from military mobilisation centers in Russia appeared on social media.

Video on Twitter from the eastern Siberian city of Neryungri showed men emerging from a stadium.

Before boarding buses, the men hugged family members waiting outside, many crying and some covering their mouths with their hands in grief. A man held a child up to the window of one bus for a last look.

In Moscow, women hugged, cried and made the sign of the cross on men at another mobilisation point.

A 25-year-old who gave only his first name, Dmitry, received a hug from his father, who told him “Be careful,” as they parted.

Dmitry told Russian media company Ostorozhno Novosti he did not expect to be called up and shipped out so quickly, especially since he still is a student.

Western leaders derided Putin's order as an act of weakness and desperation. More than 1,300 Russians were arrested in antiwar demonstrations Wednesday after he issued it, according to the independent Russian human rights group OVD-Info. Organizers said more protests were planned for Saturday.

Putin's partial call-up was short on details, so much so that the Russian military announced Thursday it had set up a call centre to answer questions. Concerns about a potentially wider draft sent some Russians scrambling to buy plane tickets to flee the country.