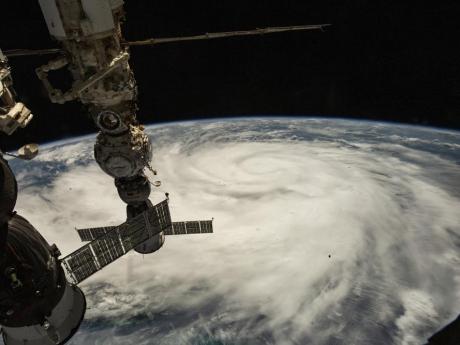 Fuelled by warm waters in the Gulf of Mexico, Ian grew to a catastrophic Category 4 hurricane overnight with top winds of 155 mph, according to the National Hurricane Center.

The storm trudged on a track that would have it making landfall north of the heavily populated Fort Myers area, which forecasters said could be inundated by a storm surge of up to 18 feet.

“This is going to be a nasty nasty day, two days,” Florida Governor Ron DeSantis said, stressing that people in Ian's path along the coast should rush to the safest possible shelter and stay there.

Ian menaced Florida after bringing destruction Tuesday to western Cuba, where two people were reported dead and the entire island was blacked out as the storm brought down the country's electrical grid.

Ian's plodding pace meant the storm was expected to spend a day or more crawling across the Florida peninsula, dumping flooding rains of 12 to 18 inches (30 to 45 centimeters) across a broad area including Tampa, Orlando and Jacksonville in the state's northeast corner.

Catastrophic storm surges could push 12 feet (3.6 meters) of water or more across more than 250 miles (400 kilometers) of coastline, from Bonita Beach to Englewood, the hurricane center warned.

More than 2.5 million people were under mandatory evacuation orders, but by law no one could be forced to flee. The governor said the state has 30,000 linemen, urban search and rescue teams, and 7,000 National Guard troops from Florida and elsewhere ready to help once the weather clears.