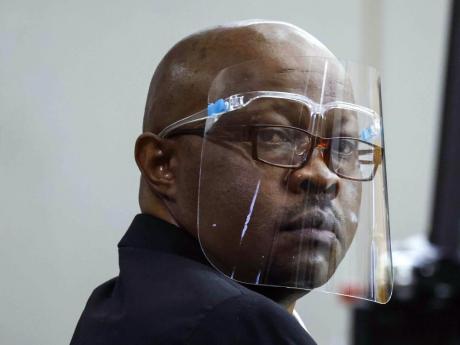 Accused serial killer Billy Chemirmir looks back during his retrial on April 25, 2022, at Frank Crowley Courts Building in Dallas. A man who has been charged with killing 22 women in the Dallas area is set to go on trial in the death of an 87-year-old woman. Billy Chemirmir's capital murder trial in the death of Mary Brooks is scheduled to begin Monday, October 3, 2022, in Dallas. (Shafkat Anowar/The Dallas Morning News via AP, Pool, File)

DALLAS (AP) — After Mary Brooks was found dead on the floor of her Dallas-area condo, grocery bags from a shopping trip still on her countertop, authorities decided the 87-year-old had died of natural causes.

Even after her family discovered jewellery was missing — including a coral necklace she loved and diamond rings — it took an attack on another woman weeks later for police to reconsider.

The next capital murder trial for Billy Chemirmir, 49, begins Monday in Dallas in the death of Brooks, one of 22 older women he is charged with killing.

The charges against Chemirmir grew in the years following his 2018 arrest, as police across the Dallas area reexamined the deaths of older people that had been considered natural, even though families raised alarm bells about missing jewellery. Four indictments were added this summer.

Chemirmir, who maintains his innocence, was convicted in April of capital murder in the smothering death of 81-year-old Lu Thi Harris and sentenced to life in prison without parole.

He will receive the same punishment if convicted of Brooks' death.

His first trial in Harris' death ended in a mistrial last November when the jury deadlocked.