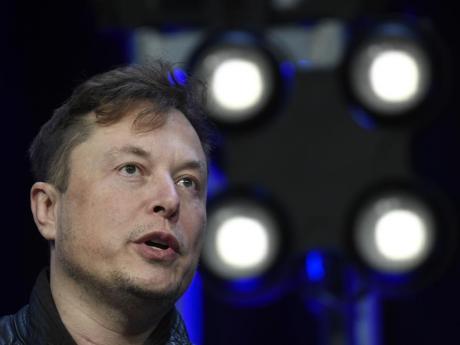 Elon Musk speaks at the SATELLITE Conference and Exhibition March 9, 2020, in Washington. Trading in shares of Twitter was halted after the stock spiked, Tuesday, October 4, 2022, on reports that Musk would proceed with his $44 billion deal to buy the company after months of legal battles. (AP Photo/Susan Walsh, File)

The billionaire Tesla CEO has proposed to buy the company at the originally agreed-on price of $44 billion, bringing the tumultuous, monthslong saga another step closer to a conclusion.

Musk made the surprising turnaround not on Twitter, as has been his custom, but in a letter to Twitter that the company disclosed in a filing Tuesday with the United States Securities and Exchange Commission.

It came less than two weeks before a trial between the two parties over Musk's attempt to back out of the deal is scheduled to start in Delaware.

In response, Twitter said it intends to close the transaction at $54.20 per share after receiving the letter from Musk.

But the company stopped short of saying it's dropping its lawsuit against the billionaire Tesla CEO.

Experts said that makes sense given the contentious relationship and lack of trust between the two parties.

Musk's proposal is the latest twist in a high-profile saga involving the world's richest man and one of the most influential social media platforms. Much of the drama has played out on Twitter itself, with Musk — who has more than 100 million followers — lamenting that the company was failing to live up to its potential as a platform for free speech and had too many bots.