WTO predicts trade growth to slow next year amid crises 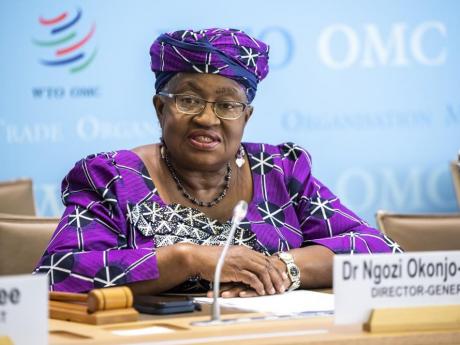 GENEVA (AP) — The World Trade Organization is predicting global trade volumes will grow a lackluster 1% next year as crises and challenges weigh on markets, including high energy prices, rising interest rates and uncertainties about Chinese manufacturing output amid the lingering COVID-19 pandemic.

The Geneva-based trade body said Wednesday that the amount of goods shipped between countries are expected to rise 3.5% this year, up from the 3% that WTO anticipated in its first forecast for the year in April.

In 2023, the prediction is for such trade volumes to grow just 1%, down from the 3.4% expected previously.

“The risks are certainly to the downside” next year, WTO Director-General Ngozi Okonjo-Iweala told reporters at the group's headquarters in Geneva.

This year, the higher predicted increase in trade volumes stems from better data that arrived in the middle of the year, contributing to a clearer forecast, and a boom in trade volumes from oil- and gas-producing countries in the Middle East as supplies from Russia were shunned and consuming countries sought alternative sources, WTO economists say.

The WTO laid out several factors weighing on trade, including higher energy prices resulting from Russia's war in Ukraine, which prompted a number of countries — including European Union members that are big consumers of Russian oil and natural gas — to slap economic sanctions on Moscow.