US$740M in crypto assets recovered in FTX bankruptcy so far 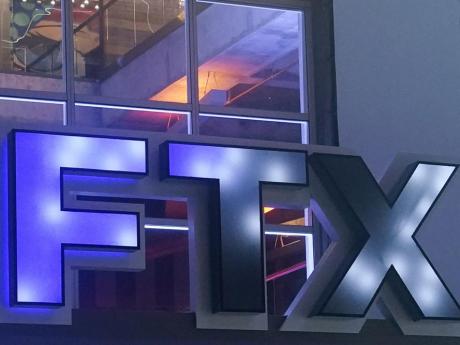 The FTX Arena name is still visible where the Miami Heat basketball team plays Saturday, November 12, 2022, in Miami. Lawyers for FTX disclosed Tuesday that a “substantial amount" of assets have been stolen from the accounts of the collapsed cryptocurrency exchange, diminishing the odds that its millions of investors will get their money back. (AP Photo/Marta Lavandier, File)

NEW YORK (AP) — The company tasked with locking down the assets of the failed cryptocurrency exchange FTX says it has managed to recover and secure US$740 million in assets so far, a fraction of the potentially billions of dollars likely missing from the company's coffers.

The numbers were disclosed on Wednesday in court filings by FTX, which hired the cryptocurrency custodial company BitGo hours after FTX filed for bankruptcy on November 11.

The biggest worry for many of FTX's customers is they'll never see their money again.

Bankman-Fried “proved that there is no such thing as a 'safe' conflict of interest,” BitGo CEO Mike Belshe said in an email.

The US$740 million figure is from November 16. BitGo estimates that the amount of recovered and secured assets has likely risen above US$1 billion since that date.

The assets recovered by BitGo are now locked in South Dakota in what is known as “cold storage,” which means they're cryptocurrencies stored on hard drives not connected to the Internet.

BitGo provides what is known as “qualified custodian” services under South Dakota law.

IFTX is paying Bitgo a US$5 million retainer and US$100,000 a month for its services.