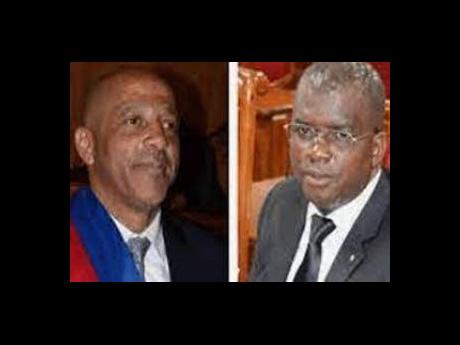 The US Treasury Department said in a statement it had frozen the US assets of the two Haitians, saying they “are two more examples of corrupt Haitian politicians abusing their power to further drug-trafficking activities across the region”.

The Treasury’s Under Secretary for Terrorism and Financial Intelligence, Brian Nelson, said that the Treasury “will continue to hold corrupt officials and malign actors accountable for the illicit drug trafficking that is destabilising Haiti”.

The Treasury accused Celestin of using his political position to organise the import of drugs from Venezuela into Haiti, as well as the export of drugs to the United States and The Bahamas.

It said Fourcand uses his aircraft to transport drugs through southern Haiti and accused him of using his “political clout” to install people in government positions that would help facilitate his drug-trafficking activities.

As a result of the sanctions, the two Haitian legislators are barred from dealing with Americans. It said Canada had also blacklisted the two politicians.

Canada and the United States have over the past few months placed sanctions on a number of Haitian politicians, including Senator Joseph Lambert, former senate president, Louri Latortue, accusing them of abusing their “public position by participating in corrupt activity that undermined the integrity of Haiti’s government.

Canada and Washington have also claimed that there is “credible information” of their involvement in “a gross violation of human rights, namely an extra-judicial killing”.

They have all denied the accusations and have called on the two countries to provide the evidence to support the allegations.