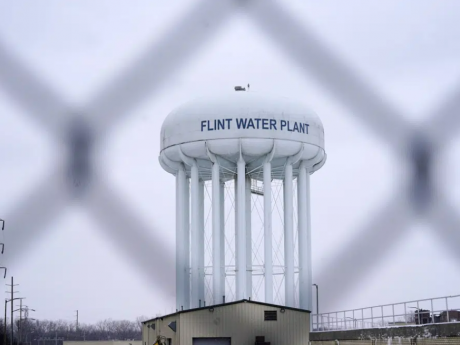 Snyder, a Republican who left office in 2019, was charged with two misdemeanour counts of wilful neglect of duty. He was the first person in state history to be charged for alleged crimes related to service as governor.

Snyder also is the eighth person to have a Flint water case thrown out after the Supreme Court's unanimous June opinion.

Genesee County Judge F. Kay Behm signed the order Wednesday, a day after the US Senate approved her nomination to become a federal judge in eastern Michigan.

“The charges against (Snyder) were not properly brought and must be dismissed at this time,” Behm wrote.

Only one case remains pending in the water scandal, which not only exposed children to toxic lead but was blamed for nine deaths linked to an outbreak of Legionnaires' disease. Activists who believe crimes were committed are frustrated that no one has been locked up.

Flint's water became tainted with lead after city managers appointed by Snyder began using the Flint River in 2014 to save money while a new pipeline to Lake Huron was built. The water wasn't treated to reduce its corrosive qualities, causing lead to break off from old pipes and contaminate the system for more than a year.

The Michigan Civil Rights Commission said it was the result of systemic racism, doubting that the water switch and the brush-off of complaints in the majority-Black city would have occurred in a white, prosperous community.

Flint residents complained about the water's smell, taste and appearance, raising health concerns and reporting rashes, hair loss and other problems. Snyder didn't acknowledge that lead was a problem until 17 months after the water switch, in fall 2015.