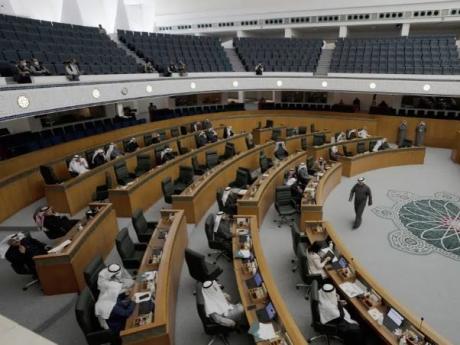 The state-run KUNA news agency confirmed the resignation, which had earlier been reported by local media, without providing further details. It's the fifth time a Kuwaiti government has resigned in just over two years.

The government, which is appointed by the ruling family, has been in a prolonged power struggle with the elected assembly.

They had recently clashed over the assembly's advancement of populist measures that the government deems too costly, as well as requests to grill two ministers over alleged economic mismanagement, local media reported.

Kuwait has the freest and most active assembly in the Persian Gulf, but political power is still concentrated in the hands of the ruling Al Sabah family, which appoints the prime minister and Cabinet, and can dissolve the assembly at any time.

In September, voters sent conservative Islamist figures and two women to the assembly in the second election in less than two years.

The election results were seen as a mandate for change amid a prolonged period of gridlock between the Cabinet and the 50-member assembly.

Kuwait's Islamist opposition accuses the government of graft and mismanagement, frequently grilling ministers over their involvement in the misallocation of public funds.

The squabbling has prevented the assembly from passing basic economic reforms, including a public debt law that would allow the government to borrow money, leading to the depletion of its general reserve fund despite its vast oil wealth.

Kuwait, which borders Saudi Arabia and Iraq, has the world's sixth-largest known oil reserves and hosts some 13,500 American troops.