Classified documents at Mike Pence’s home, too, his lawyer says 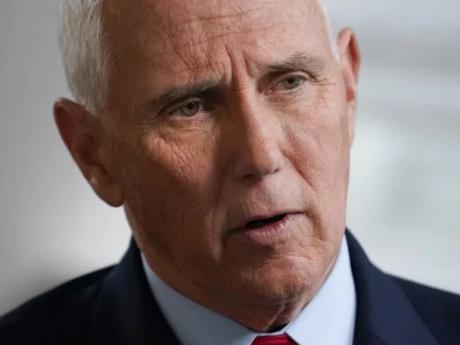 NEW YORK (AP) — Documents with classified markings were discovered in former Vice President Mike Pence's Indiana residence last week, his lawyer says, the latest in a string of recoveries of confidential information from the homes of current and former top United States officials.

The records, which were taken into FBI custody, “appear to be a small number of documents bearing classified markings that were inadvertently boxed and transported to the personal home of the former vice president at the end of the last administration,” Pence's lawyer, Greg Jacob, wrote in a letter to the National Archives shared with The Associated Press.

He said that Pence had been “unaware of the existence of sensitive or classified documents at his personal residence” until a search last week and “understands the high importance of protecting sensitive and classified information and stands ready and willing to cooperate fully with the National Archives and any appropriate inquiry.”

The revelation came as the Department of Justice was already investigating the discovery of documents with classification markings in President Joe Biden's home in Delaware and his former Washington office, as well as former President Donald Trump's Florida estate.

Democrat Biden has indicated he will seek reelection, Trump is already a declared candidate, and Republican Pence has been exploring a possible 2024 presidential campaign that would put him direct competition against his former boss.

The newest discovery, which was first reported by CNN, thrusts Pence, who had previously insisted that he followed stringent protocols regarding classified documents, into the debate over the handling of secret materials by officials who have served in the highest ranks of government.

Trump is currently under criminal investigation after roughly 300 documents with classified markings, including at the top-secret level, were discovered at Mar-a-Lago.