The turn of the screw 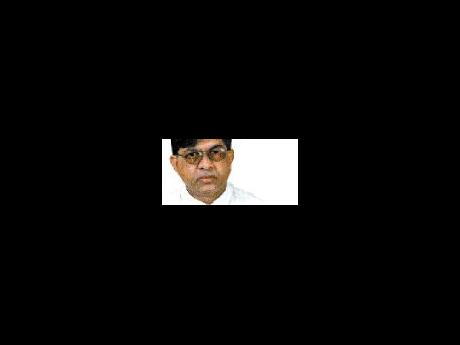 The Board of Cricket Control for India (BCCI) tried Greg Chappell who tried Edward de Bono's creative thinking approach and his 'Six Thinking Hats'. They tried positive thinking. They tried psychologists from Australia and the West Indies. They experimented with new fielding, batting and bowling coaches. Then they brought in former South African batsman Gary Kirsten. Now, it is the turn of the screw.

The 'Un-News', which advertises itself as your source for 'up to the second misinformation', headlined the event as 'Gary 'Fairy' Kirsten Introduces sex as new training technique for Indian team'. According to Un-News, 'Former South African cricketer and Indian coach Gary Kirsten today announced an innovative training programme for the Indian national cricket team. In place of fielding practice, net work, stretching, aerobic exercise and resistance training, Kirsten will institute a programme consisting entirely of frequent, promiscuous sex.

"Sex is a good thing, you know," said Kirsten, a famous sex addict. "You do some bang-bang and you feel better and well ... it's best thing ever invented, right?" The next claim was even more outrageous, 'Despite Kirsten's recent move to India and new coaching role with the national side, he has retained his South African lifestyle consisting of a lot of occasional sex with people he's accidentally met.'

The truth behind this piece of misinformation seemed to be based on a four-page document circulated among the Indian cricket team. According to one Indian newspaper, 'The four-part document which has been handed over to every member of the Indian contingent also deals with food and eating habits, from ways to avoid acidity to developing habits that will benefit in the long run as well as advocating caution against diabetes. It also deals with need for attitudinal changes and to develop physical, spiritual and emotional intelligence.'

However, what is also in the document, according to most sources, is that Kirsten requested every player to "take responsibility, concentrate on a healthy diet and also have sex". The document advises players to 'go ahead and indulge' and even suggests 'going solo' if no partners were available. "From a physiological perspective, having sex increases testosterone levels, which cause an increase in strength, energy, aggression and competitiveness," the document said. "Conversely, not having sex for a period of a few months causes a significant drop in testosterone levels in both males and females, with the corresponding passiveness and decrease in aggression."

It is said that the document also contains quotes from Tim Noakes, a professor and sports scientist at the University of Cape Town, Kirsten's home town. Noakes is quoted as saying that "sex was not a problem, but being up till 2 a.m., probably having a few drinks at a bar while trying to pick someone up, on the eve of a game, almost always was". The document or 'dossier' as it is now called solution suggested, 'If you want sex but do not have someone to share it with, one option is to go solo whilst imagining you have a partner, or a few partners, who are as beautiful as you wish to imagine.'

In an article entitled, 'Sex, Lies and a Captain You Can Smoke', Indian humorist, Anand Ramachandran, claimed, 'While the 'have sex before playing cricket' clause in the now-famous leaked Gary 'The Monk of Bonk' Kirsten dossier has led to much embarrassment for the Indian cricket team, it has also created an unexpected backlash. Apparently, the Indian players' wives and girlfriends have retaliated with a 'play cricket before having sex' clause of their own.

'In the interests of better performance, we insist that our men play some good, hard cricket before having sex,' said one of the team India WAGs (Wives And Girlfriends). The players' wives and girlfriends were speaking at the inauguration of the BCCI - Babes for Cricket before Copulation in India - a new body (heh heh) that will ensure the new suggestions are implemented.' (By the way, the 'Captain You Can Smoke' refers to 'Reifer').

Graham Swann, the England off-spinner who took five wickets to win the first Test against South Africa earlier this week said, "I would just like to say that this is the sort of forward thinking the game needs. I am assuming the directive is not for sex to take place within the team and that partners are allowed to be involved. If the ICC wants to make this tournament more exciting, then fly in the wives and girlfriends, or other parties, to improve the standard of cricket ... I wish Gary was our coach."

Kirsten denied preparing the document saying it was the work of his mental conditioning coach, Paddy Upton. This did not stop former Indian captain, Bishen Bedi from complementing both Kirsten and Upton. He advocated, "Both [Gary] Kirsten and [Paddy] Upton should be given honorary posts in the BCCI for their services. Like everyone, the players also need to have a normal life when they are touring with the team and sex is very much a part."

Bedi is right as there are many stories about what cricketers literally get up to while on tour - Shane Warne and his sexting as well as other escapades, the story about Ian Botham in Barbados where it was claimed that a bed was broken during a night of torrid sex with a beauty queen, and Kevin Pietersen about whom another South African, Veronica Nimmo, claimed, "Kevin was desperate for sex and kept pestering me all day. I certainly wasn't hit for six by his performance." Maybe the Indian team could learn from Kevin's humiliation and get in some more practice sessions.

Tony Deyal was last seen recalling Ian Botham's comment when the corpulent England captain, Mike Gatting, was sacked for having a barmaid in his room. Botham said, "I don't believe the stories because I know that nothing goes into Gatt's room after 10:30 p.m. unless he can eat it."