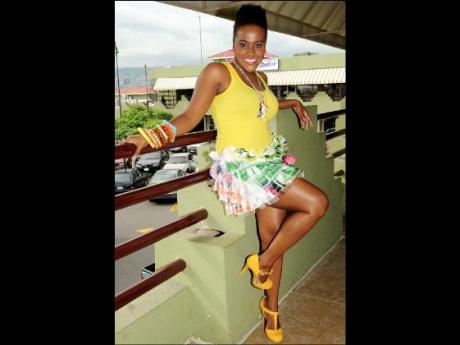 Reggae singer Etana is launching an exclusive music-video competition on reggae-based network RETV this week, which is centred on three of her newly filmed music videos - August Town, Free and Happy Heart. The competition, which runs until the second week of the new year, culminates Etana's new music promotions.

Adding to the excitement of the competition is the fact that fans can vote for their favourite of the three videos and win prizes such as a 13-inch MacBook, a BlackBerry Curve and an Ipod fully loaded with Etana's music. Fans will be prompted to text their votes, which will be entered into a draw. The more fans vote, the more chances they will have to win.

Each of Etana's new videos boasts exceptional quality from the likes of some of the industry's top directors including Winston 'Tyson' Mayhew (August Town), JayWill (Free) and Scorpio 21 (Happy Heart).

These professionals artistically capture the many moods of Etana. Whereas August Town displays the raw and socially conscious Etana, Free and Happy Heart depict the emotional and joyful sides of the soulful crooner.

"We thought that this competition was a unique vehicle of highlighting Etana's new music while giving fans an opportunity to win great prizes," said Etana's manager, Garfield 'Chin' Bourne of Irish and Chin Inc.

"I am really anticipating seeing which video fans will vote their favourite," said Etana. "Additionally, I am thrilled that fans will get to see videos that highlight three of my distinct musical styles."

Etana has been moving full speed ahead promoting her new music since October. The buzz centered on her latest music motivated her to film videos right away. Although Etana remains one of Reggae music's most humble artistes, she is certain fans will enjoy her latest work.

The competition will air several times a day and end with a live taping, which will show the lucky winners being selected.