Howard to be honoured 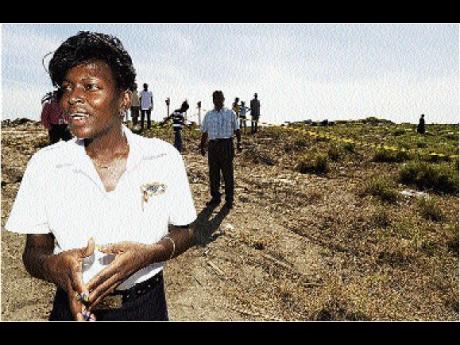 Norman Grindley/Chief Photographer
Annette Howard stands at the site where she helped rescue persons who were aboard the aeroplane.

This is just one of several initiatives being discussed by the Government, American Airlines and the JUTC to honour Howard.

Calling her actions after the crash of American Airlines Flight 331 a tremendous display of alertness and bravery, Golding said she would receive the award for her act of gallantry.

Speaking to The Gleaner shortly after he welcomed Howard at Jamaica House on Thursday, the prime minister said he was most impressed by her quick thinking.

"When people were running away from the crash because of the possible dangers, she ran towards it," he said.

Howard has already met with her boss, JUTC Managing Director Paul Abrahams, and has been heavily featured in the local media.

On Thursday, minister with responsibility for information, Daryl Vaz, said the Government would do what it could to assist Howard - a 32-year-old mother of two - achieve her wish of taking her sons, age nine and two years, to Disney World in Orlando.

American Airlines has already indicated its willingness to assist and the Government will make an application to the United States Embassy for visitors' visas.