Teammates pull guns on each other 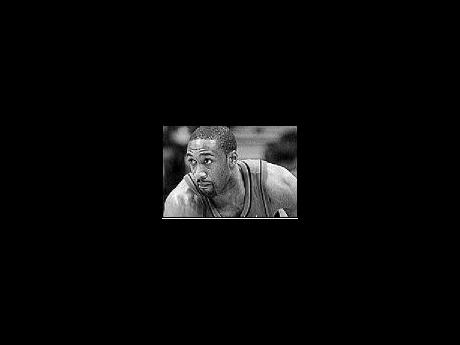 Washington Wizards teammates Gilbert Arenas and Javaris Crittenton drew guns on each other during a Christmas Eve locker-room argument over a gambling debt, according to The New York Post.

Citing an anonymous source, the newspaper reported in yesterday's edition that the stand-off was sparked when Crittenton became angry at Arenas for refusing to make good on a gambling debt. That prompted Arenas to draw on Crittenton, who then also grabbed for a gun, league security sources told the Post.

Asked by the Post about the confrontation, Arenas denied pulling a gun on Crittenton.

"This is unprecedented in the history of sports," Billy Hunter, executive director of the Player's Association, told the Post. "I've never heard of players pulling guns on each other in a locker room."

The Wizards said on the night of December 24 that Arenas had stored unloaded firearms in a container in his locker at the arena and that the NBA was looking into the situation. On Tuesday, Washington, DC police said they were investigating a report that weapons were found inside a locker room at the Verizon Center.

Now, the federal government is also involved. Ben Friedman, a spokesman for the US Attorney's Office in DC, told the Post "we're working with the Metropolitan Police Department on the investigation."