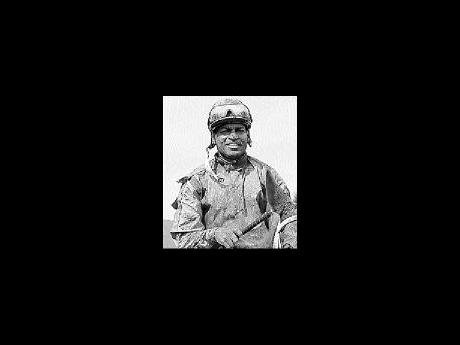 Ramgeet, 46, scored narrowly in the 10th race astride the 3-to-1 bet Silver Tuxedo for his second win at the three-week-old meet.

The three-time Jamaica champion jockey is a regular at West Virginia's Mountaineer Park, but is in the middle of his usual winter stint in Florida.

In the US$9,000 sprint over six furlongs, Ramgeet used the three-year-old gelding Silver Tuxedo to stalk the front group down the backstretch and roused his mount to get closer to the lead as the 11-horse field straightened for the homestretch.

He launched his winning run four-wide and collared the leader Blyde River Boy (5-2) in the last strides to win by a neck in one minute, 12.17 seconds.

Blyde River Boy was second and the 7-1 bet, Dance With Roses, was third.

Venezuelan Wilmer Galviz, back in Florida after partnering the Jamaica-bred super colt Bruceontheloose to victory in the FCB Trinidad and Tobago Gold last weekend in Arima, Trinidad, was ninth aboard the 41-1 outsider Chard.