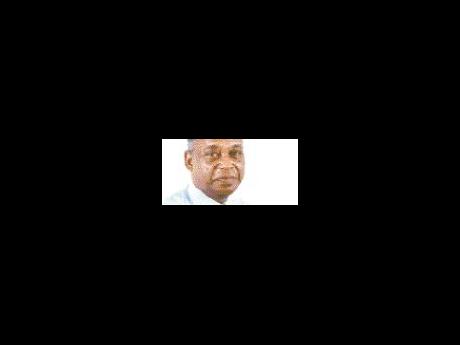 Prime Minister Bruce Golding does not profess to know much about cricket.

Like most West Indians, however, he is concerned about the performance in recent years of the West Indies team and recently, at the headquarters of the game in Jamaica, he came up with a suggestion that would lead to improvement in the fortunes of the regional team.

According to the prime minister, those in cricket should place more emphasis on the cricket clubs.

Speaking at the annual Christmas luncheon of the Kingston Cricket Club at Sabina Park, the PM talked about the importance of West Indies cricket to the region, its claim as a regional institution, the Government's promise to assist the club and the Jamaica Cricket Association in their plans to get Sabina Park into a position where it can be economically viable, and the way forward for cricket in Jamaica and in the West Indies.

Referring to a visit to his office by Paul Campbell and Alva Anderson, the president of the JCA and Kingston CC, respectively, seeking assistance for further development at Sabina Park so that it can earn some money, Prime Minister Golding said he was impressed by their presentation, and that although he always thought that Sabina Park was hallowed ground, that nothing but cricket was allowed there, he was happy to know that other things can be held there, that the club is prepared to stage other events there, and that the Government was prepared to assist as much as it can - especially as it would fit in with the development of downtown Kingston.

"We bruk, but we are prepared to help in whatever way we can," said the PM.

"We will support it. One of the things I hate is that we invest in an enterprise but then we fail to invest a little more to make it really successful."

According to the PM, not even the University of the West Indies has survived parochialism.

"I do not know what the problems are, but whatever they are, I believe they must be fixed.

"West Indies cricket is something that brings the Caribbean people together in spirit if not in body, and I am not going to criticise anyone because I do not know what is wrong.

"I am, however, going to prescribe something."

After telling about a discussion with former Prime Minister P. J. Patterson who had been asked to chair a committee looking at the problems of West Indies cricket and to make recommendations for the re-organisation of West Indies cricket, Golding then took his guard and went to bat for the clubs.

"I think that is another example of the failure that awaits us if we attempt to put the roof on without concerning ourselves with the foundations and the structures below.

"I believe that Jamaican cricket and West Indian cricket will only be as strong as the clubs that form the foundation of the game.

Focus on the star

And it is not only in cricket. In so many games, we focus our attention on the superstar who makes it to the top, we surround them with glory and prestige without recognising the people who build the foundation, and if continue that way, we are going to run out of stars."

To a ringing round of applause, Golding went on: "We have to place much greater attention on the clubs where the players come into the game, where they hone their skills, and where they demonstrate that they have the tenacity to move on and to advance. They have to be strengthened, or else ..."

The prime minister, as he did at the Courtney Walsh Awards recently, then told the gathering that he had already told the minister with responsibility for sports, Olivia 'Babsy' Grange, that he is unhappy with the amount of the Government's resources that is going to support sports at the national level, at the stars level, and that he wants to see a rebalancing of those resources.

"I want to see more of it going into the communities and into the schools, for I believe if we do that, we swill find a whole heap of Usain Bolts, Ricardo Fullers, and Marlon Samuels, and if we can find them, we can take them to the top level."