Young assistant coach giving something back to the game 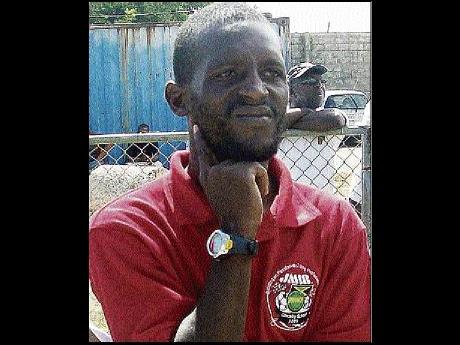 Lamar Morgan, 26, would have been at the peak of his football career if he was still lacing up his boots and playing as a defender, but instead he is now giving instructions from the sidelines.

The Cavalier Football Club assistant coach started out at Calabar All-Age, where he played the All-Age League before moving to Dunoon Park Technical. At the east Kingston institution, he played Colts (Under-16) and then four years of Manning Cup. His early club days were spent at Rockfort, where he represented them at the Under-14, 16 and 20 levels. After leaving Rockfort, he represented Santos in the Super League.

"My future wasn't looking bright there (Santos) at the time. I needed some more challenges, so I moved to Cavalier," Morgan said. "Actually, I wanted to play for Central Kingston but when I went to the training session, they were training at the same field as Cavalier at Winchester Park. I ended up training with Cavalier and I liked the vibes and stayed," he added.

He would, however, end up leaving Cavalier in 2007 and rejoining Rockfort. The move proved to be his last in competitive football. He got injured while playing for Rockfort during a Super League game against Meadhaven.

"I went into a challenge and suffered a lateral collateral ligament tear (this is a stretch, partial tear, or complete tear of the ligament on the outside of the knee). The doctor's remedy was rest or surgery, so I took the rest. I was totally out of football for two years after that," Morgan said.

Upon his return to football in 2009, he rejoined Cavalier but this time in the capacity of an assistant coach.

"I had previous experience in coaching at Dunoon at the Colts level and I did the Advance Level One and Level Two coaching courses at University of Technology earlier this year," Morgan said. "It was not difficult to make the transition into coaching seeing that I have the understanding of the game. My only challenge was how the players were going to respond to me but I was prepared for that from in the training school. So the transition wasn't so hard," he added.

The defender has considered resuming playing but has decided to stick to coaching.

"It comes across my mind but no, I am enjoying the coaching now. My future ambition is to let the football at the grass-roots level excel and help the youngsters to achieve their goals."