The Church in the nation 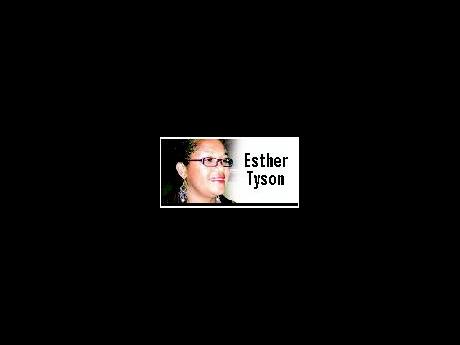 The Church in Jamaica is the most powerful non-governmental organisation in this nation. There are more churches per square mile in this country than in any other. As a nation, we are in a state of crisis: economically, socially, morally and spiritually. The high levels of crime and violence have affected every aspect of our society. If we are to survive as a people, the Church needs to begin to take a more proactive approach in affecting what is happening in the nation.

The work of the Church in education is well known as are its efforts in assisting the elderly. There is, however, the need for the Church to have a greater effect on decreasing the level of crime and violence in this nation. There are churches in every ghetto and garrison community. There are women, in particular, who are benefiting from the spoils of dons and gunmen who are members of churches. These women, mothers and wives of dons and gunmen cannot be allowed to feel comfortable partaking from the spoils of their sons and mates while they are sitting comfortable in church. Pastors and leaders of these churches have a responsibility to influence what is taking place in these areas through relating what the Bible teaches about ill-gotten gain to their congregation.

Other members of the Church must be careful that they, too, do not become complacent about crime because they are indirectly benefiting from it. The reality is that if the ill-gotten gain coming into the Church's coffers is addressed, the financial state of that Church will be negatively affected. We must never forget Jesus' action in dealing with ill-gotten gain in the temple, he overthrew the money tables and whipped them out of there. We, as the church, must be careful not to be profiting from ill-gotten gains.

The spiritual effectiveness of the Church is being seriously affected by the blind eye that some church leaders turn to the link to crime that some of their members have. There is the element of fear that underpins all of this. Some leaders might ignore a situation of which they are aware because they are afraid to deal with it because they fear for their lives. In the article that I wrote last month, I pointed out that this 'Goliath' of crime and violence in this nation need to have some 'Davids' to slay it. Our church leaders must become 'Davids' in this situation for change to take place.

Another barrier to some churches seeking to be involved with what is happening in the nation is the view that in the last days things will get worse. This teaching holds that the Church is to expect this and therefore its role is to separate itself from the world and wait for Jesus' return. This view goes against the role of the Church being salt to purify the society, as Jesus taught and being a light to penetrate the darkness around us. The Church must see itself as an agent of change in this society.

In the history of our nation, the Church played a crucial role to bring about change during the time of slavery. Our history is replete with evidence of the Baptists and the Moravians teaching slaves to read and write so that they could be equipped with the knowledge that they needed to fight against the oppression of slavery. Sam Sharpe and Paul Bogle were leaders in the Church who fought against the oppression of the colonial masters in order to right the wrongs done to poor black people. Here we are again in a crisis with our nation under serious threat because of crime and violence. We need the Church at every level to think right and do right in every community within which it operates so that crime can be defeated.

In addition, although there are some church leaders who are seeking to make their voices heard in relation to the state of the nation, there are others who seem intent on maintaining the status quo. This is not a time for our church leaders to seek comfort and acceptance from the powers that be. For example, the Church needs to actively lobby the Government on the various legal changes that need to take place in order for our laws to have teeth to affect the crime kings in this nation. The laws that govern the Government confiscating the assets of those involved in crime must be widened and strengthened in this nation.

The Church must make sure that it resurrects its prophetic role in this nation. It must seek to point out what is wrong and direct to what is right. It cannot afford to become bedfellows with politicians and others who have a vested interested in maintaining things as they are. If the Church finds itself in this position, it means that it has compromised its prophetic voice.

There are outstanding examples of leaders such as Martin Luther King Jr and Desmond Tutu, men of the Church who dared to stand up against what was accepted as the norm in their society and to make a difference. Our nation is in a state where many Church leaders will be confronted with spiritual and moral decisions to make to determine whether they will ignore the ill-gotten gains and injustice facing them or they will decide to make a stand like David for what is right in the face of Goliath-like evil.