A new decade of discontent? 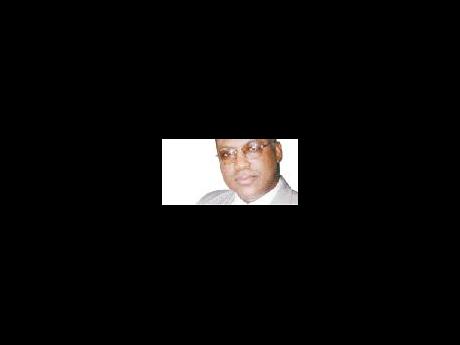 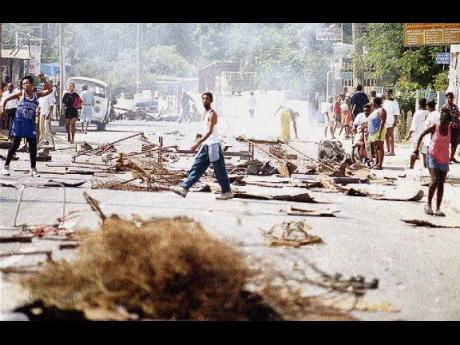 Except engaged in as mere ritual or mindless custom, happy New Year wishes are just that - wishful thinking, in light of the harsh and punishing economic conditions which are likely to be experienced in Jamaica this year.

Could 2010 mark the ushering in of a new decade of discontent? Is social unrest really on the horizon, as The Economist speculates? One redeeming factor in all our woes is that we are hearing the word 'debate' more often. 'Duh!' you might respond. "That is precisely our problem. We like to talk and talk and talk and never get anything done. We are forever debating and never implementing," many complain.

I differ. I believe debate and intellectual contention are critical because unexamined ideas have grave consequences. And, especially in situations of crises when many quick fixes are tossed around and simplistic 'solutions' are tempting, the cut and thrust of debate can help to avert disastrous decisions. The People's National Party (PNP) has been impressive as an opposition party, not only opposing, opposing, opposing, but offering counterstrategies and proposals, and calling for serious debates on our economic direction.

Bruce Golding is never one to back down from a debate, so we can look forward to serious engagement on our economic prospects. This debate should not be limited to Parliament. I am still calling for a media debate between the political parties; not instead of, but in addition to a parliamentary debate. Party representatives must also face a team of tough, hard-hitting, even hostile, but well-informed journalists who would be able to expose their weaknesses in argumentation and any shallowness which might exist in their proposals for the way forward. The Jamaica Labour Party (JLP), especially, should not find it hard to find those.

I hear many calls for the Government to explain its medium-term economic programme, to say what strategies it really has for moving production and achieving growth. People are asking, where is the plan, where is the vision for the growth of the Jamaican economy? Mutty Perkins wails about this every day.

My question is, what really are the fundamental policy differences between the two main political parties? After all the histrionics are over, what are they saying of fundamental difference? What is it, interest-rate policy?

A great problem I have with economic discourse in Jamaica is that it takes place with little recognition of context, nuance and appreciation for opposing views. It is a dialogue of the deaf.

There is very little genuine and empathetic intellectual engagement. We revel in generalisations. So we hear that Omar Davies favoured a high-interest-rate policy without his recognising that it was destroying our entrepreneurial class and suffocating growth - as though he is the complete dunce whom Clovis portrays him to be, or malevolent, as others demonise him.

I am eager for the debate on economic-policy directions, and the PNP must not shy away from discussing its 18 years in office, for we need to examine carefully what really took place under its watch, and what were the constraints it faced.

We also need to look honestly at the constraints which this JLP administration has faced since coming to office. Discussions on interest-rate policy must factor in alternatives. For example, what are the consequences of having low interest rates when the economic fundamentals are out of alignment? When the productive base is weak, Government's appetite for borrowing is voracious, inflation is rising and export markets are sluggish, what happens to your exchange rate in this highly open economy?

The prime minister made an important acknowledgement in his recent address to Parliament when he said that interest rates cannot go down by fiat, and that while Government is crowding out the private sector through excessive borrowing on the domestic market, the Bank of Jamaica (BOJ) cannot decree that interest rates go down. Interest rates are a function of the market, and despite the manipulation or 'moral suasion' of the BOJ, as Peter-John Gordon has shown lucidly, the market cannot be fooled into acting against its own interest.

The recent moves of the Government to increase taxation, decrease borrowing and cut expenditure lay the basis for a genuine lowering of interest rates, but these policy moves have implications for living standards. People want to eat their cake and have it. They want low interest, low taxation, low borrowing, and high social expenditures in a lopsided, unproductive economy. It cannot happen. This is the kind of voodoo economics which people want.

So we must end this useless, purist, non-contextual and theological discussion about interest rates. We must always set interest-rate discourse in the context of what is taking place in the market and in the economy. Just talking about how bad high interest rates are; how they are destructive of productive endeavour, and how they retard economic growth is pointless. This is why the debates are necessary and why they should be widened beyond just the present tax package and the upcoming International Monetary Fund (IMF) agreement.

We must have a conversation about economic strategies and policies since the 1960s. We must do a thorough assessment of our economic experience over the last nearly 50 years, paying particular attention to the period 1980 to now. That would be quite instructive.

When you strip away the propaganda, grandstanding and demagoguery, you will find that there have been little fundamental differences between the PNP and the JLP since Michael Manley's socialist experiment. There is much more convergence than the parties would have you believe. I have worked closely with successive political administrations since the 1970s, and in economic and industrial policy since the 1980s, and I can attest that there is little fundamental difference. Their experiences might differ because the circumstances they faced were, but their policy mix and strategic direction have been essentially the same.

Right now, the PNP and the JLP are following the same basic neo-liberal capitalist path, with just some variations on the same theme. Indeed, some of the fundamental things which might have implications for the poor are not being debated or taken up by the PNP. The PNP seems oblivious or quietly in agreement with them - like the matter of an independent central bank, a central recommendation in the Washington Consensus.

So the idea of an independent central bank seems eminently desirable. Politicians have been too fiscally irresponsible, everyone agrees. But what are the implications of this when the people's elected representatives cede power to a group of technocrats not accountable to the people and who have a narrow focus?

The brilliant Cambridge economist, Ha-Joon-Chang, in his book, The Bad Samaritans: The Myth of Free Trade and the Secret History of Capitalism, says: "Central-bank independence raises an important issue for democratic accountability. The flip side of the argument that central bankers can take good decisions only because their jobs do not depend on making the electorate happy is that they can pursue policies that hurt the majority of the people with immunity. Central bankers need to be supervised by elected politicians.

"It is a myth that central bankers are non-partisan technocrats. It is well known that they tend to listen to the view of the financial sector and implement policies that help it if necessary at the cost of manufacturing industry or wage-earners. So giving them independence allows them to pursue polices that benefit their own natural constituencies without appearing to do so."

We need a serious discussion on the proposal for an independent central bank and its implications for the real economy and the poor. Central bankers are generally not concerned about employment creation or the rate of unemployment.

The Fiscal Responsibility Framework, which will be enshrined in law, has certain implications, too, which must be debated. Europe has adopted that kind of rigid pact, but countries there have from time to time been given exemptions for economic circumstances sometimes making it prudent for governments to run fiscal deficits to avoid serious social unrest. So some of the big-ticket items are not being debated while the parties haggle over who has the better economic team.

The Government is taking some important steps to put the economy in alignment. They are necessary but not sufficient. The sufficient steps will require a social and bi-partisan consensus which will be very difficult to find. A good debate will at least expose the non-solutions which are being bandied about for populist digestion.