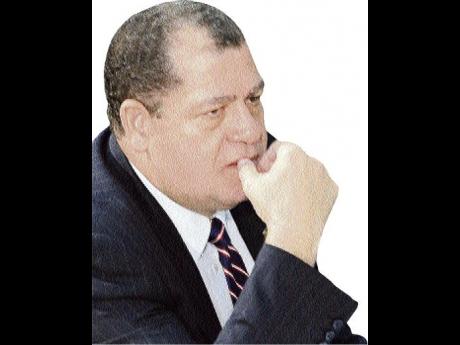 While the country enters 2010 with many economic challenges, most analysts agree that reducing the fiscal deficit should be priority number one.

That is, reducing the difference between what the country earns and what it spends, a task that has consumed the minds of Finance Minister Audley Shaw and his colleagues for the past two years.

At the start of this fiscal year, Shaw announced that the Government was targeting a deficit of 5.5 per cent of the country's gross domestic product (GDP), or about $65.4 billion.

Mark Golding, the opposition spokesman on industry and commerce, believes that it will be very difficult for the Government to achieve the revised target.

"Many persons are predicting that the deficit may come out at between 10 and 12 per cent of GDP, and I am inclined to agree with them," Golding told The Sunday Gleaner.

Ministry of Finance figures show that at the end of October, the Government was off its projected deficit mark by $10.6 billion. According to the finance ministry's preliminary data, the Government had spent $7.1 billion less than it had budgeted, while collecting $17.8 billion less.

Economist Ann Shirley agreed with Golding as she claimed that the signals suggest that "the real fiscal deficit will be double digit -more like 12 per cent".

"If the deficit is in the 10-12 per cent range, it is going to be extremely difficult to cut the deficit to meet the conditionalities of the IMF," Shirley said.

Meanwhile, Golding told The Sunday Gleaner that because the December tax package was not presented within a macroeconomic framework, there is uncertainly about the new deficit target.

"It is going to be very difficult to realise the level of collection that they are hoping to realise from the tax measures, especially the ones that relate to consumption, because given the levels of non-compliance, and the fact that we are in a recession and people's purchasing power has been eroded, it is going to be a challenging task to collect the levels of revenue that they have been hoping to collect," Golding said.

But financial analyst John Jackson has rubbished the projection that the fiscal deficit will end the year in the double-digit region.

"With the new tax package, if the Government is not going to spend a significant amount of it doing other things, it should wipe out the deficit come next fiscal year," Jackson told The Sunday Gleaner.

He argued that, should the Government continue to reduce interest rates, it would result in savings of approximately $60 billion, which when added to the $21.8 billion expected to be collected in new taxes, would wipe out the fiscal deficit.

Dismissing as "nonsensical and utter rubbish" the argument that the deficit could climb into double digits, Jackson said he expects the number to come in at around seven per cent.

"Deficit really is driven by actual payments that the minister of finance makes, so, if it is coming out better, they may well pay some bills that they would not have paid otherwise.

"Based on the fact that your January to March period is the period of highest inflows, and with lower interest rates, I see no reason why we should end up at those nonsensical and inflated numbers," Jackson said.

Prime Minister Bruce Golding has said that Jamaica intends to achieve a balanced budget by the end of the International Monetary Fund (IMF) programme. It is expected that the IMF arrangement with Jamaica will last three years.

The finance minister has signalled to the country that a resumption of a borrowing relationship with the IMF means that the country's fiscal deficit will come down.

In a December 17 address to Parliament, Shaw said the IMF programme dictates a gradual rise in primary balance between seven and nine per cent of GDP, and a concomitant decline in deficit to below four per cent of GPD over the next four years.