Fire sale; Government might have to slash prices to sell Air Jamaica and other assets 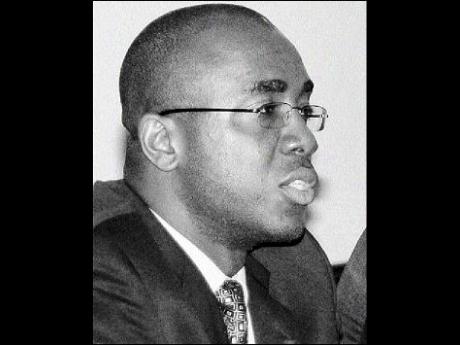 THE GOVERNMENT could be hard pressed to get the best price for several assets it plans to place on the divestment block this year.

Investment strategist Dr Adrian Stokes has reasoned that because the sale of some state-owned assets is going to be a critical component of fiscal consolidation going forward as well as inking an agreement for a standby facility with the International Monetary Fund (IMF), the Government may not get optimum price.

"Jamaica is not in the best negotiating position because the potential bidders for these assets know that the Government is a motivated seller," Stokes told The Sunday Gleaner.

Air Jamaica, the loss-making entity along with the Sugar Company of Jamaica, has been on the auction block for nearly two years.

Finance Minister Audley Shaw has said that a critical pillar to the signing of an agreement with the IMF is the consolidation of public enterprise.

"Government assets that are not critical to the discharge of its core functions will be divested," Shaw said.

Last week, Stokes told The Sunday Gleaner that the pace of divestment in 2010 will depend on the Government's willingness to absorb cost associated with accumulated losses in some of these entities.

"Bidders will know that we are in critical negotiations with the IMF and that selling these things is a critical component of that agreement and therefore their willingness to put up market price will definitely be compromised. They will be holding out for as long as possible," Stokes said.

It is a view that is shared by Damion Brown, an economist who worked at the Bank of Jamaica before moving to The Bahamas recently.

"Investors are well aware of the Government's fiscal problems with its need to generate as much revenue as possible, and will seek to take advantage of this by extracting the lowest prices and most favourable terms that they can," Brown reasoned.

Brown has also thrown into the mix the argument that many assets, in more vibrant economies than Jamaica, have been up for divestment yet buyers have stayed away.

"In developed economies, billions of dollars in assets are still up for sale despite the recent improvement in financial markets, and governments in these countries have shown a willingness to support some of these assets or have provided incentives for investors to purchase them," Brown said.

He argued that those factors "reduce the attractiveness of Jamaican assets to international investors, given the weak economic fundamentals we have displayed over time".

Brown also told The Sunday Gleaner that given the lingering questions about the country's medium-term economic future, there is unlikely to be many business persons willing to expend large amounts of capital to participate in the purchase of these assets.

"Although declining interest rates should lower the cost of loans and improve the attractiveness of profitable business activities, there is a question of whether local financial institutions are willing to finance purchase of these assets at reasonable rates, if at all," Brown said.

He said the Government should consider the possibility of having some of the assets up for divestment listed on the stock exchange, which would allow all Jamaicans to participate in any potential benefit from these companies and possibly lead to higher prices on the assets as a result of wider investor participation.