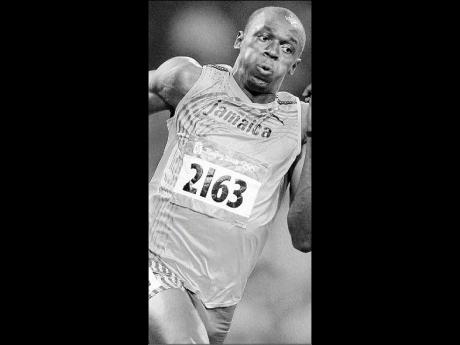 As local sporting administrators and loyalists revel in the achievements of some of the island's top sporting ambassadors in the past year, they are also well aware of the challenges that lie in wait for the next 12 months.

The exploits of the island's contingent at the IAAF World Championships in Athletics in Berlin, Germany, and the historic performances of the senior netball team highlighted a positive year for Jamaica's sportsmen and women in 2009.

With a tally of 13 medals (seven gold, four silver and two bronze) and world-record runs from sprinting deity Usain Bolt, Jamaica's track and field stars cemented their dominance on the international radar.

With a number of young, high-school athletes showing tremendous promise, the onus lies with the Jamaica Amateur Athletic Association to focus its efforts this year on their development. The Central American and Caribbean Games, as well as the Youth Olympic Games, will provide opportunities for some of the island's fledgling talent to prove their worth.

Meanwhile, the Connie Francis-coached netballers, referred to as the 'Sunshine Girls', established themselves as legitimate threats to the netballing duopoly shared by Oceanic powerhouses Australia and New Zealand after historic wins over both teams in their respective series, played in late 2009.

The wins came on the heels of their silver-medal finish at the World Netball Series Fastnet Championships in Manchester, England. It was their best finish at any senior-level international competition.

They will, however, be hard-pressed to continue this trend in the coming months as they face a number of challenges - well known to them - such as a lack of adequate sponsorship funds, limited access to international-standard facilities, and a general lack of respect.

Jamaica Netball President boss Marva Bernard is well aware of the issues that her administration must overcome in the coming months if they are to be successful in lifting the programme.

"Its going to be a tough year for us, one with many challenges, so we are hoping that all will be well," said Bernard. "We are looking forward to the challenges and we are excited about the games that we will be involved in next year."

This year will also see some changes to regional first-class cricket as organisers look to boost spectator interest with the addition of day/night matches and pink balls.

The moves are expected to have a positive impact on the ever-shrinking support at regional cricket games despite whispers of disapproval for the pink ball due to concerns over its quality and ability to withstand the pressure.

The region will also host the World Twenty20 Championships this year, with matches being played in Guyana, St Lucia and Barbados.

Jamaica's senior Reggae Boyz will be back on the field early this year, but the cash-strapped Jamaica Football Federation will be hard-pressed to keep all the national teams active. This will be compounded by the reduction of sponsorship money as companies feel the pinch.

The economic crisis will also bite into the school competitions, which have been the starting blocks for so many senior stars. Those schools without vibrant past students' associations will struggle, and administrators will have to put on their creative caps to make it through the year.

It will be equally challenging for sports, such as basketball, hockey and tennis, which have not attracted large sponsors over the years, while horse-racing fans wait patiently to see the measures to be implemented to ensure the survival of the 'sport of kings'.