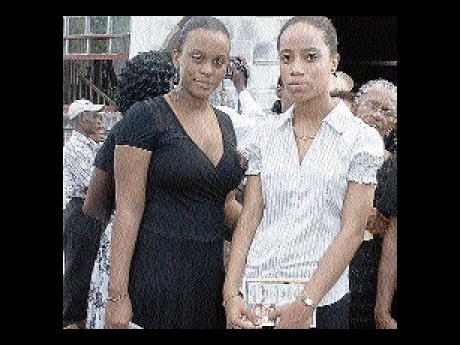 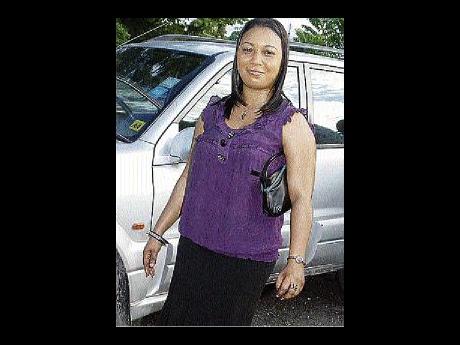 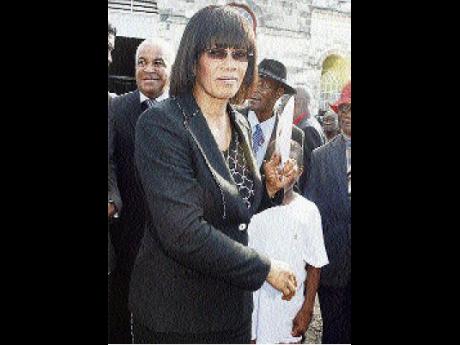 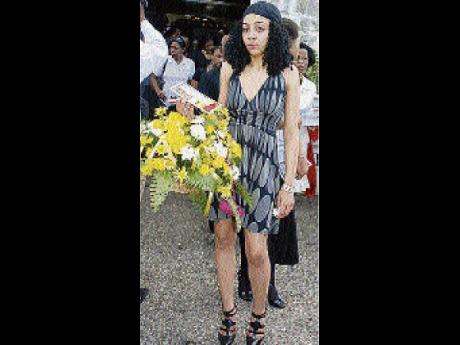 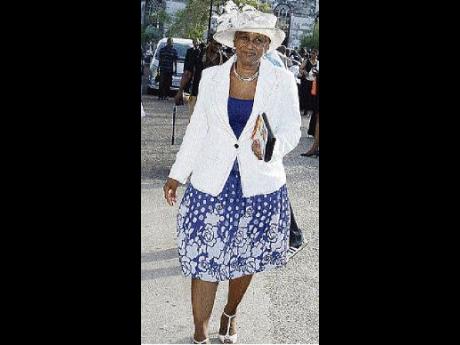 The Second City said goodbye to a household name on Monday, December 28. Former deputy mayor of Montego Bay, Eric 'Napoleon' Vernon, was laid to rest after a funeral service at St James Parish Church. The occasion was more of a celebration of the contribution he made to the city and his country. Here are pictorial highlights.

Opposition Leader Portia Simpson Miller was among the dignitaries at the funeral of People's National Party (PNP) stalwart and former Deputy Mayor Eric 'Napolean' Vernon. In the background is PNP Chairman Robert Pickersgill.

Vanessa, granddaughter of Eric Vernon, with a colourful wreath at her grandfather's funeral.