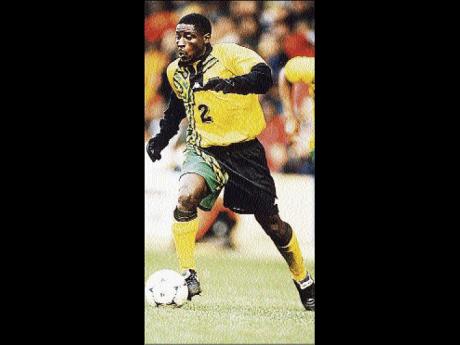 Twenty teams are participating in this year's tournament, up from 18 last year. The tournament will be held over a three-week period in its usual knockout format. In today's opening double-header, Brissett Football Club will square off with the Lucea Fire Department while defending champions HQ FC will face newcomers Pastors FC.

In the finals set for January 24, teams will vie for the championship trophy named in the two deceased men's honour, and the championship cash prize of $50,000. The runners-up will receive a cash prize and a trophy. There will also be sectional prizes for the leading goalscorer, most valuable player and the healthy lifestyles team.

The competition was first staged in 2005 in memory of the late former Rusea's High School and national footballer 'Shorty' Malcolm and the late 'Melwood' Samuels, also a former Rusea's and national Under-23 player. It is being spearheaded by the HSDC and sponsored by Hanoverian expatriate Lloyd 'Bagga' Stewart, who grew up in the community of Johnson Town before migrating to England.

Stewart told The Gleaner he expected the usual discipline to be displayed by the teams in this year's competition. He said he was happy to see corporate sponsors on-board this year.

"This competition will be better than before. The feedback I am getting from the teams is that they are looking forward to win. I am very happy for the levels of sponsorship this year, because in times gone by the HSDC was the only sponsor. It is very good and we appreciate it," he said.

Coach of HQ, Deveral Clarke, told The Gleaner that although Pastors are no walkover, he was expecting victory for his team.

"I am looking forward to a clean game. Victory is a must because this is a blessed league. My players are always in shape because they play in the Division One and other competitions. We will defeat Pastors by a 2-0 margin still, because they are a good team," Clarke said.

Player/coach of Pastors FC, Fitzroy Johnson, told The Gleaner that he was expecting his team to put up a gallant fight against the defending champions.

"We will play a match that is outstanding, without 'war', to the best of our ability," he said.

Among the sponsors of the competition are The Gleaner Company, Hanover Co-operative Credit Union, Kool Runnings Water Park, Sandals and Beaches resorts and the Hanover Health Department.