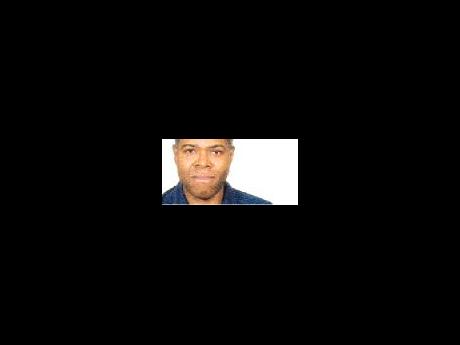 Thank God there were no fatalities or life-threatening injuries among the 154 people on board (passengers and crew) American Airlines flight 331 from Miami that crashed while landing at the Norman Manley International airport in Kingston during heavy rains on Tuesday, December 22, 2009.

However, I can't help wonder what a terrible disaster it would have been if, God forbid, all on board had perished. No doubt, such a tragedy would have sparked international media frenzy, possible criticism of our airport facilities and islandwide mourning with a cloud of profound sadness and gloom enveloping our little country for weeks, or even months.

We would be immeasurably appalled and distressed at such an epic catastrophe yet, except for brief bouts of perfunctory condemnations from our officials, occasional lamentations from social and business leaders, radio and television talk show discussions, concerned Op-ed articles and letters-to-the-editor, we, as a country, have learnt to accept our phenomenal annual loss of lives to crime and motor vehicle crashes.

Deaths from murders and road crashes total a little less than 2,000 each year. that's about 13 times the number of people who would have perished if that American Airlines flight had ended in disaster. Imagine what would happen and how our people and government would react if every four weeks a commercial airliner with approximately 150 people were to crash on Jamaican soil, killing all on board. We would certainly have to do whatever it would take to remedy the causative factors.

The reality is that Jamaicans (totalling about 13 such commercial flights) are dying every year but we fail to institute policies to stop the annual massacre. Instead, the survivors thank God for His mercies (to them) and go on with life as usual while the powers that be dance around the real issues and tiptoe past the sleeping dogs they helped to create.

I have heard that you can boil a frog/toad without it panicking if you heat the water in which it sits so slowly that by the time it realises its predicament it is too late. Perhaps because our crime and road fatalities come in relatively small portions (mostly in twos and threes), and because our murder victims often come from the lower class, we desensitise ourselves, rationalise their deaths and steel ourselves against the blood, gore and grief.

When summed up, even for a year, our figures for death from trauma is astounding but we never perceive this as a national disaster (although it is). Maybe if 2,000 Jamaicans died at one time we would see things for what they really are and not adapt. Sadly, the end result is the same with our nation, as it is with the frog/toad, we will continue to sit quietly until we are killed.

The 'heat' has been steadily rising over the years. For many Jamaicans, the circumstances of their conception, birth, social environment (no community camaraderie save the gangs and no community leader save the don), education, upbringing, consequent poorly developed morals, lack of discipline and lifestyle are disastrous. Eventually, their impact on society becomes a disaster. Although we know this, we consistently underestimate and even ignore our local disasters. We have bred generations capable only of processing interactions with others with reptilian cold-heartedness and unspeakable cruelty developed from a warped survival instinct.

We must treat our perennial murders and road fatalities the same way that we treat major disasters and catastrophes because they are. Without meaningful intervention at every level, there will be no reprieve from the violence and trauma.