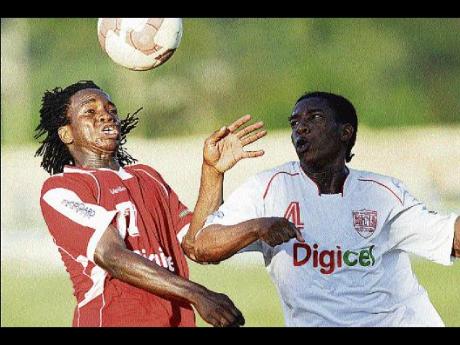 "Yes, it (loss) was a bad one. Top teams are not supposed to lose to the bottom-place, but the poor surface did not help our game."

Omar Walters scored the all-important goal, bungling his way past Dicoy Williams and Montrose Phinn before slotting past Dwayne Miller in the 58th minute.

The win was their fourth in the league, and third this round in which they have picked up an amazing 14 points in nine games. In the first round, they could only muster seven points, incuding a win over Boys' Town.

Despite the loss, Harbour View lead the overall standings on 39 points and can still make the second end-of-round final. Defending champions Tivoli Gardens are second on 36 points, following their 0-0 draw at St Georges, which moved up to 32 points.

Walters had previously scored against Portmore United when the two drew 2-2 at Effortville in the first round; and earlier in the second round in a 2-1 win over Rivoli at Prison Oval. He had also got the game's other best chance to score, five minutes earlier.

The 'gods' smiled in Harbour View's favour when another Walters shot from inside the six-yard area hit the upright, then rebounded unto Miller's foot, rolled inches near the goal line before being picked up at the last turn by the national custodian.

However, they were not allowed freedom to play, constantly hounded by homeside defenders Ricardo Campbell, Jeffrey Baker and Kirk Duckworth.

At the attacking end, Kevin Mighty, the lone striker for Humble Lions in the first half, was more than a handful for the double-teaming of Williams and Phinn.

In the second half, there was a noticeable injection of help for Mighty and pretty soon both Walters and Kimroy Davis, who scored the previous week's winner against Village, were picking up loose balls.

"After the Village game, we sat down and discussed the kind of challenge Harbour View would bring and they really gave a good effort."