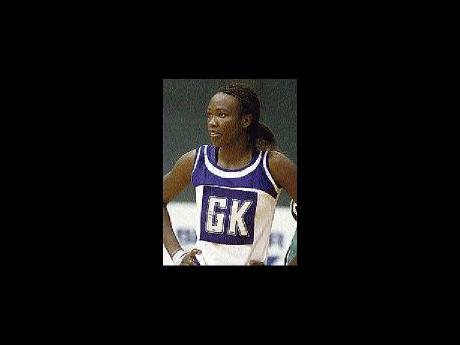 Almost two months after returning to the sport from a six-year hiatus, former Sunshine Girl Carla Williams looks set to resume her international career with the Jamaican senior team.

After taking time off from the sport to pursue a liberal arts degree at the University of Miami on a basketball scholarship, Williams has approached the Jamaica Netball Association (JNA) top brass with an interest in rejoining the national programme.

Marva Bernard, the JNA president who received the initial call from Williams, expressed delight that the skilful goal shooter/goal attack is interested in donning her national colours once more.

"Carla (Williams) has expressed to me an interest in rejoining the squad," said Bernard. "She has a reputation for being a hard worker and she is really very talented and if she comes back into the programme and display the kind of work ethic that is in keeping with our ethos, then there should be no issues."

Williams will be available for the Sunshine Girls' tour of Australia and New Zealand in August, as well as the Commonwealth Games in October and next year's WNC in Singapore.

Bernard advised that the JNA will be monitoring the player's performance during the upcoming ANZ season and added that her recommitment comes at an opportune time for the squad, with the recent decision by captain Simone Forbes to take an indefinite break from the sport.

"We will be watching her performance while she is in the ANZ Championship and with Simone (Forbes) on a break, it's a really good opportunity for Carla who plays the same position and for us to have other options," Bernard pointed out. "So we will be looking at what she is doing down there.

"There is a wide open door and she has done the right thing in approaching us formally in saying that she wants to come back. We had a long chat and everyone remembers Carla's contribution to our bronze medal team, so it's very exciting," Bernard added.