Federer says he can be unbeatable 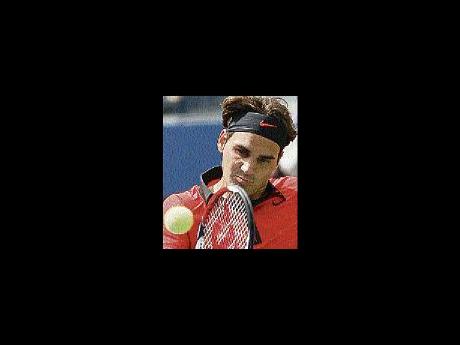 Roger Federer expects to carry on his momentum from the middle of 2009 into the new year now that his back injury from last season has fully healed.

The Swiss star lost to Andy Murray, Rafael Nadal and Novak Djokovic early last year before recovering to reach the final in all four Grand Slam events, winning his first French Open and then Wimbledon for his 15th major title to surpass Pete Sampras' record.

In the first month of 2009, Federer lost to Murray in Doha and Nadal in the Australian Open final, before pulling out injured from a Davis Cup series against the United States in February. In March, Djokovic beat Federer in the Miami semi-finals.

Federer's Roland Garros victory gave him a career Grand Slam, while the Wimbledon win helped take the No. 1 ranking from Nadal. He then reached the US Open final, only to lose to Juan Martin Del Potro of Argentina, but ended the season with four titles.

"I got better and better as the season went on," Federer said. "I was able to bounce back and was on a roll. (Winning in) Paris and Wimbledon showed that I was unbeatable. I can do it again. That's a good feeling to have, that I can do it again."

The Qatar Open starts today and Federer, a two-time champion, will meet Christophe Rochus of Belgium in his first match.