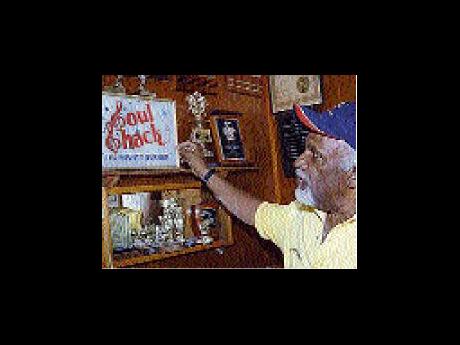 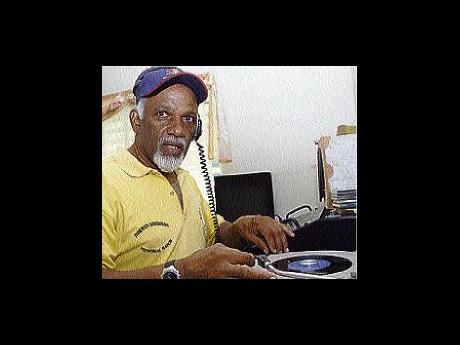 Goodison ... It's difficult keeping oldies fresh, so you always have to come with new ideas. - Photos by Rudolph Brown/Chief Photographer

For over 40 years, Vaughn 'Bunny' Goodison has rocked dance floors throughout Jamaica with songs from the play-list of his Mighty Burner sound system. In June 1989, Goodison made a career move when he was asked to host 'Rhythms' on Radio Two, FM station, at the Jamaica Broadcasting Corporation (JBC).

Despite the emergence of other 'oldies' shows, Rhythms has maintained its diehard following, largely through popular segments like Higher Ground which pays tribute to the greats of Jamaican pop music.

Recently, the 68-year-old Goodison spoke to Gleaner writer Howard Campbell about the longevity of Rhythms and what he believes makes the show tick.

Howard Campbell: How did Rhythms start and was there a concept?

Bunny Goodison: It was really the idea of Pauline Blair and Margaret Miller who were in the marketing department at JBC. They knew of my 'sound' and thought I could make a contribution to Radio Two, but there was opposition in some quarters to the programme at the time. Some people thought things like ska and rocksteady did not fit in with the format which, at the time, was a lot of soul music. I have to say, when Gladstone Wilson got involved at Radio Two he gave me license to do different things like interviews and the show really took off from there.

What part do you think Rhythms played in the oldies revival of the 1990s?

The show helped a great deal, because ska and rocksteady was not something people heard on the radio a great deal. Hardcore ska, like from the Skatalites, never got airplay during the 1960s, so I believe Rhythms finally provided proper exposure for people like 'Coxsone' (producer Clement Dodd) and the musicians from that era.

What has been the most satisfying part of doing the show?

It's difficult keeping oldies fresh, so you always have to come with new ideas. Also, it has grown to the point where students doing exams or journalists doing research for stories call and ask for information. That helps to keep the show fresh.

What are your thoughts on modern Jamaican music?

Once it's good, I'll play it, but most of the stuff produced nowadays is awful. I see myself as a social worker, so I couldn't bring myself to play songs that encourage a man to shoot a next man or disrespect women. I have to play music that reflects my lifestyle.

Who has been your most memorable interview in 20 years?

I would say Lucille Reid, widow of (producer) Duke Reid. She was not only part of the music, but brought a female perspective to what was going in a male-dominated business at the time. She shed a lot of light on things many people didn't know.