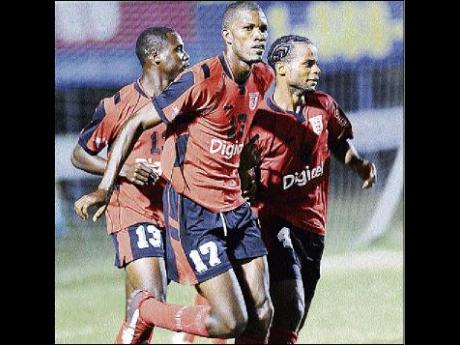 Former champions Arnett Gardens will be looking to shake things up during the January transfer window, in an effort to put a halt to their steady slide towards the relegation zone.

Arnett on Sunday pushed their winless streak to seven games after playing to a 1-1 draw at home with Village. Substitute Rohan Reid gave the home side the lead in the 82nd minute, but Troy Smith ensured the points were shared - scoring from the penalty spot in stoppage time.

However, Arnett Gardens Football Club president, Patrick Roberts, does not believe things have reached the stage where panic needs to set in, but does intend to make changes.

Said Roberts: "It has not reached the stage where we are going into a panic mode. The fact that the (transfer) window is open, what we need to do is to infuse additional players and depart with a couple of players."

He added: "To my knowledge and belief, Arnett Gardens doesn't have a coaching problem. It is just that the players are not putting in the hundred per cent that they are paid to do, so we have to just make the necessary changes."

Roberts insist that it will not be business as usual as some players have gotten complacent.

"The players have gotten complacent and they figure that they are here to stay, so we on the management side have to make the rational decisions and make the changes that are necessary," Roberts said.

"We have to just look at who is giving their hundred and who is going through the motions and who is really playing for the club and then we make the necessary changes there. It is not business as usual, the window is open and we have to go shopping and there is no question about it," he added.

Two of the payers who have already been confirmed to join the Collie Smith-based team are Newton Sterling and goalkeeper Julian McLeish.

Calvin Lewis, a member of the club's coaching panel, agrees with his president that new players are needed.

"Right now, we have to bring in new people, especially in goalscoring areas," Lewis said. "That is where we need people right now; we need to bring in people who can score goals."

Meanwhile, Paul Davis, coach of Village United, is hoping that the injection of young players will bring a change in their fortunes, which has seen them failing to win in their last 12 games.

Davis said: "We have injected some young guys from the daCosta Cup. So if we can get these guys to gel more with the veteran players we might just find ourselves back in the top."

"They are fresh from school and these are the players whose names are calling in the daCosta Cup, or in Jamaica, so to speak, so you have to give them a chance to see how they can cope," Davis said.