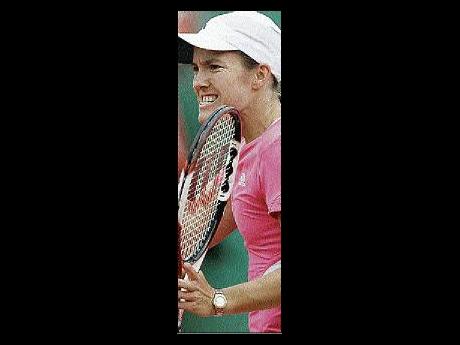 Justine Henin had barely finished off her first win since coming out of retirement, when talk of her winning an eighth Grand Slam singles title began in earnest yesterday.

Henin beat second-seeded Nadia Petrova of Russia 7-5, 7-5 in the first round of the Brisbane International, her first official tour match since announcing her comeback in September.

Petrova said Henin was a better, more aggressive player than she was when she quit the tour in May 2008 and had no doubt the 27-year-old Belgian could win another Grand Slam title.

"That's why she's back. She's hungry to win Wimbledon," Petrova said before Henin attended her first post-match news conference in 20 months. "The changes she's done in her game are actually leading toward that."

Henin said: "I feel better today than when I retired, that's for sure ... better emotionally, mentally, better with myself - and that makes a big difference, that I will enjoy being on the tour again."

She added: "It's a big step my first match. I've been waiting for this moment for so long. Finally, I walked on the court. The crowd ... I was really touched. At the beginning, everything seemed very big: the stadium, all the people. I'm not used to it anymore.

"I have a lot to work on, but for a first match, a first tough round, I can be really positive today."