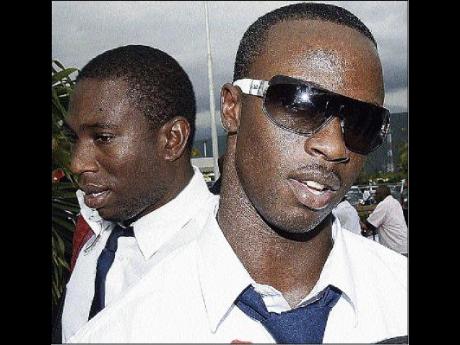 The five overseas teams participating in this weekend's opening round matches in the West Indies Cricket Board (WICB) Regional Four-day Championship arrived in the island yesterday, full of optimism they can lift the crown.

Daren Ganga, captain of regional one-day champions, Trinidad and Tobago, says his team will be going all out to add the regional four-day crown to its cabinet.

Speaking on arrival at the Norman Manely International Airport yesterday, Ganga said, with the success of his troops over the last calendar year, where they also made it to the final of the Champions League Twenty20 series in India, winning the four-day crown would be icing on the cake.

The Trinidadians will play their first game against the Combined Campuses and Colleges (CCC) at Jarrett Park, beginning on Friday and Ganga says they hope to make a winning start.

"It's about getting off on a good note and continuing the momentum right through the tournament," said the 30-year-old Ganga, whose team, along with defending champions Jamaica, are odds-on favourite for the title.

"It's one round of cricket and there are limited opportunities to make errors. A number of players have never played at Jarrett Park so it should be an interesting experience. Furthermore, the last time we played the CCC team they defeated us," he added.

Ganga is not the only captain who is expressing high hopes of winning the tournament, which has been reduced from 12 matches per team to six.

"We are pretty disappointed with our performance from last year, given our rich history in regional cricket," said Barbados' captain Ryan Hinds. "But we have put that behind us now and are focusing on this season where we think we can turn things around."

The Barbadians will be looking to bowling sensation Kemar Roach to lead their charge against the Leewards, whom they play in their opener at Kensington Park.

"We play against the Leewards and I am sure it's going to be a challenging game. It's going to be exciting to play at Kensington. I think the facilities there are great and the aim is to start our campaign on a winning note," he added.

The Windward Islands' Darren Sammy, whose charges play Jamaica at Sabina Park, said a first title in years is their target.

"We are looking to get the ball rolling against Jamaica. As you know last year we defeated them and we are confident we can do it again. Last year we came second and this year we are looking to improve and take it one step further."

Sammy added: "I don't think we won it since way back when we played as the Combined Islands. So this year is a wonderful opportunity to win."

Interestingly, the format-change to only one round and six matches from last year's two and 12, was a major talking-point among captains at the airport yesterday, with most expressing disappointment with the recent move to reduce the competition.

"Players want to play more cricket and I think it is unfortunate we will not be able to play as much games as we did last year," said Ganga.

"Two rounds of cricket give opportunities to players, especially young ones, to showcase their skills, but at the end of the day it's not our call," he added.

"We would love to play as much cricket as we can as that's the way you improve," said Sammy. "As you know here in the Caribbean two or three matches could be rained out and that would be it for the season for a number of players."

Floyd Reifer, captain of the Combined Colleges and Campuses team, said: "I hope that for next year the West Indies Cricket Board will look to go back to two rounds of cricket, as for us, that was ideal and it gave a number of young players (opportunities) to develop and expose their skills."