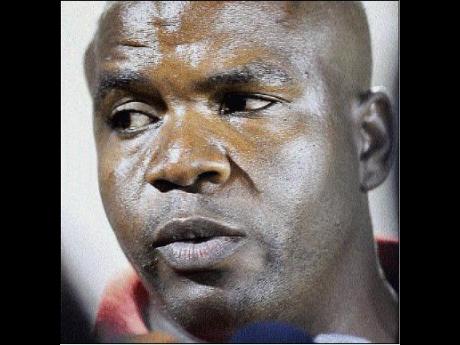 Calvin Lewis, a member of Arnett Gardens' coaching staff and coach of Major League outfit Police National, deems himself as being one of the most qualified coaches in Jamaica and believes he should be a part of the national programme.

"I think I should be a part of the national programme right now as I have the knowledge and expertise," Lewis said.

"Out of all the coaches right now in Jamaica I consider myself as one the most qualified. So I think I deserve a chance in the national programme. I can offer a lot to the national team right now," he added.

The 37 year old is currently off the island, looking to further enhance his qualifications as he undertakes another coaching course.

"It is the National Soccer Coaches Association of America (NSCAA) premier diploma coaching course. It is equivalent to an A 'license'," Lewis said of his current stint in the United States.

"It deals specifically with 11 versus 11, analysing the game and ways and means of exploiting 11 versus 11, in terms of training and match preparation," added Lewis, who left the island yesterday following his team's 1-1 draw at Anthony Spaulding Sports Complex with Village United in the Digicel Premier League.

Lewis, who has been a member of the NSCAA for the past six years, has already earned B and C licences.

Lewis said: "I did my B licence last January and I got a good pass and they said I was eligible to come back this season and do the A licence. The course is a one-week intense course in Fort Lauderdale, Florida. Other coaches from Europe, North America and Central America will also take the course," he explained.

"At the end of this course you qualify to coach any national team. It will broaden my knowledge in terms of the game, so I have to just go there and make the best of it."

His professional coaching career started in 2002 with Point Hill Youth Club in the St Catherine Division Two, which he won in his first season.

He then moved on to South Confederation Super League outfit Dunbeholden and guided them to fourth in the 2003/04 season.

Being a police officer he started coaching Police National in 2004 and, in his first season, they won the Major League. They gained promotion to the Super League where they achieved a fourth-place finish in their first season, before going all the way in their second, and losing out in the play-offs for promotion to the Premier League.

The police sergeant, who has a passion for football, also had a stint with then Football League Championship team Stoke City.

While there he understudied manager Tony Pulis for six weeks, from April to May 2008, the same period during which they gained automatic promotion to the English Premier League.