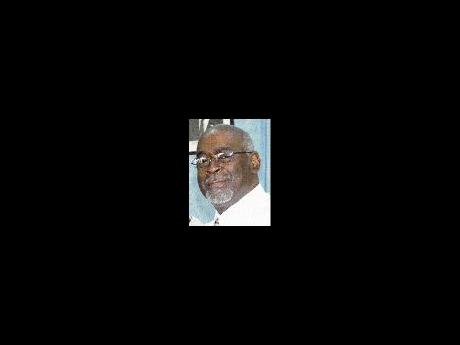 Jamaicans are marvelous people. They are innately creative, fundamentally intelligent, truly warm and friendly. Yet, if one were to follow the media, one would feel that we were a hateful, spiteful, vicious people. Although it can be said that the media tends to focus on the sensational and that acts of viciousness and spite are generally more sensational than those of love, warmth, creativity and intelligence, one would be deluding oneself if one did not see that something was wrong with us.

We all declare that our major problem is 'crime and violence'. It is frustrating to hear those in power and other opinion leaders like the church echo the same 'solutions' that have been posited for years: "give the youth jobs!"; "more access to secondary education"; "ensure that students leave school properly literate and numerate!" We also often hear that we should "attack crime head on: jail the criminals, execute murderers"; "remove the power from the dons and area-leaders". Of late, the cry to "clean up the police force" has become one of the more strident. We still also hear that we should "dismantle the garrisons."

What we hardly hear is something that was proposed some years ago. It was articulated by a political leader, although the idea did not originate with him. But, because the concept was seen as 'belonging' to a political party, it became a political football and could get nowhere.

Yet the only way forward out of our present quagmire is one which begins with an examination of the values and attitudes of our people. The warmth, friendliness, creative approach and common-sense view of life that made Jamaicans so wonderful was rooted in the attitudes they had to themselves and their fellows, and in the values they held dear. These are slowly disappearing and being replaced by the vicious, dog-eat-dog, hateful and spiteful. It is not too late to correct this.

The education system is failing us. It is failing because schools are made to believe that their 'success' is measured by the number of charges who pass an examination. If a great deal pass the Grade Six Achievement Test (or English and Math in the Caribbean Examination Council Caribbean Secondary Examination Certificate), it is a good school. So teachers are made to focus solely on this and ignore the type of education that leads to the development of positive self-concepts, solid attitudes and value systems that will make good citizens of their charges.

Imagine if the DJs who we lament about had learnt these values in school? What a joy a 'clash' between the Gully and the Gaza would be! Every concert would be like Rebel Salute! And, of course, the fans, having similar attitudes, would appreciate this.

Of course, this is an ideal. But if we were even halfway there, our lives would be so much happier.

Why did we surrender our youth to rampant capitalism? Now, so many of our youth want 'easy' money. For some of them, there is no longer the desire to create or to provide for a family through hard work. As the DJ Konshens says, for them to be a 'winner' is to have a lot of money, even if it is earned by 'putting sexy girls on the corner', or by 'shopping' with a glock pistol. The voice of the new youth says, "mi mind pon mi money an mi money pon mi mind" and bypasses petty theft in favour of 'stopping a brinks van' and, of course, Buju Banton's Driver sells drugs to be able to have his woman wear Victoria's Secret and to roof his house with decramastic.

Speaking to young adults at church recently, I got the sinking feeling that they, like so many other university and sixth form students, think that 'success' is measured in earnings and that being of service to your fellow man is a secondary goal. The first is to make a lot of money.

The question we need to ask ourselves is whether we, as a country, are willing to stop and consider our societal goals and what we need to do to achieve them. Or do we continue to point fingers at politicians, teachers, the church, the police and try to fix these symptoms of our malady?