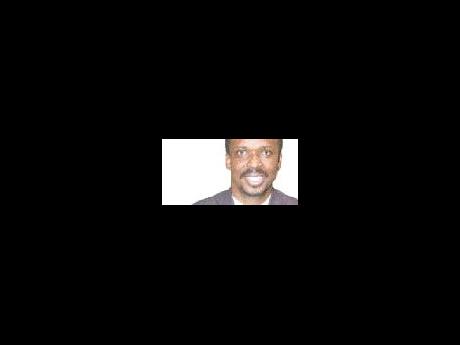 Recently, Vivian Crawford, executive director of the Institute of Jamaica, was inspired to lend me Ruby Martin's copy of the book Power List 2010: Britain's 100 most Influential Black People, published by Michael Eboda, information from which I have decided to use for my first column for the new year and new decade.

This most inspiring publication lists representatives from the Jamaican diaspora and I will name a few and speak about the significance of their work.

In 1979, Jamaican-born Carmel Jones founded the Pentecostal Credit Union with 21 members because of the "need for churches to be self-sufficient". This credit union is "the richest and most successful credit union in the country" with 2,000 members and a turnover of £20 million.

I suspect that pastor Carmel Jones was inspired by his Jamaican roots, where the credit union movement in Jamaica was started by the Roman Catholics. He would have known that the credit union is known as the poor man's bank and, through its prudent investments, low interest rates, ownership by the membership, dividend on shares and profitable operations, the credit unions have helped many Jamaicans to secure property and other amenities and facilitated social mobility. Furthermore, while many indigenous banks faltered in the 1990s, the locally-founded credit unions prospered. The credit union, though not given the recognition it is due, is still the paradigm for economic empowerment of Jamaicans.

Fifty-one-year-old Benjamin Zephaniah was born in Handsworth, Birmingham, the son of a Barbadian postman and a Jamaican nurse. His first performance was in church at age 10. A dyslexic, he attended an approved school but left at age 13 unable to read or write. He served a prison sentence for burglary. In 2008, this British Jamaican Rastafarian writer and dub poet was included in The London Times list of Britain's top 50 post-war writers. He is one of Britain's best- known and best- loved poets.

Nelson Mandela requested a meeting with Benjamin after he heard him perform Free South Africa with the Wailers. Benjamin's story speaks to the importance of education and challenges our system to be more accommodating of children with special needs, be it autism or dyslexia. He speaks to our prison system, which needs to rehabilitate our youngsters rather than hardening them as persons of crime.

The importance of culture is also seen in Shirley Thompson, born to Jamaican parents. As a composer she has "achieved what no other British woman has done", having composed and conducted a symphony - her epic New Nation Rising. She is hailed as one of the most original and gifted composers to emerge in Britain in the last 35 years. In 1995, she established her own chamber orchestra, the Shirley Thompson Ensemble, where she developed her style of fusing classical orchestrations with popular dance and vocals. This fusion is evident in her list of great composers who have inspired her, namely the Beethovens and the Bob Marleys.

There are others, such as Jamaican-born Wilfred Emmanuel-Jones, farmer and Conservative candidate; economist Trevor Williams; Keith Valentine Graham, better known as Levi Roots, millionaire business mogul with Reggae Reggae Sauce outselling Heinz ketchup in the first year of operation in 2007 and MP Dawn Butler. Not to mention Diane Abbott who, as a member of Parliament has never claimed an expense to which she was not entitled and has maintained her integrity as a politician. Also poet Kwesi Johnson and Lord Morris of Handsworth, chancellor of the University of Technology.These notables are leaders - creative and determined.

It is my hope that these people may be an inspiration to other Jamaicans as we seek to achieve our goals in 2010.