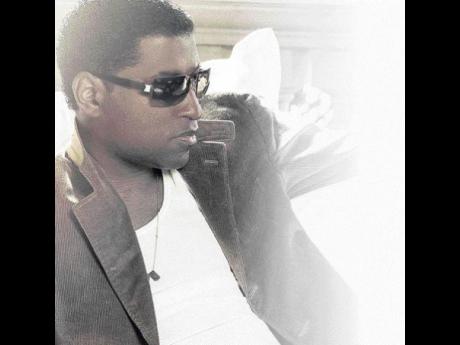 There are many artistes that can dazzle a crowd with the power of their voices, but there are few that can touch persons with their voices, their words and the melody of their own beat like Grammy award winner Babyface.

Kenneth 'Babyface' Edmonds is not only a soft, sweet singer, but a stunning songwriter, guitarist, keyboardist, record producer, film producer, and entrepreneur. Known locally for popular singles such as Every Time I Close My Eyes, Nobody Knows it But Me, Love Makes Things Happen and countless others, Babyface is set to rock the The Greenfield in Trelawny alongside The Whispers, Joss Stone, Monty Alexander, and Joe Roy Jackson on Thursday January 28th.

The Gleaner spoke with the legendary star via telephone yesterday from Los Angeles, as he talked about his beginnings and what fans can expect for the Jamaica Jazz and Blues Festival.

As a young man, Babyface says he was largely inspired by his father who played in a band. however, when he was in eighth grade his father died of lung cancer, leaving his mother to raise him and his brothers alone. At this stage, the budding star became determined to have a career in music.

Starting out as a member of a band, Babyface got his first taste of commercial success as producer and songwriter for the likes of Bobby Brown, Karyn White, Pebbles and Paula Abdul. In the late 1980s he co-founded LaFace Records and has produced hit songs and albums for artistes including the late Michael Jackson, Toni Braxton, Whitney Houston, TLC, Boyz II Men, Beyoncé, Diana Ross, Aretha Franklyn, Céline Dion, Janet Jackson and many more.

Babyface has also released nine studio albums, three compilation albums, a remix album, and a live performance album, and claimed three back-to-back Grammy awards for 'Producer of the Year' from 1995-1997. According to Babyface, the inspiration behind many of his songs of love have been from watching the relationships of others around him and writing about what they go through, hence the sense of 'realness' that can be felt in some of his greatest songs.

January 28 will mark Babyface's third performance in Jamaica, having performed locally more than five years ago. "The last time I was there, it was really good, we had a really good band and I had a really good time," he said. While the singer's catalogue of hits is an extensive one, according to him, fans will be getting a little extra for Jamaica Jazz and Blues.

He said, "persons can expect a lot of music, I'm going to go through some of the songs I wrote for other artistes as well, so it'll be high energy."

While persons haven't heard much from the artiste in a while, he says he is currently working on his yet-to-be-titled solo album, as well as launching his new label - Soda Pop Records which, he says, he has been working on with a new generation of promising artistes.