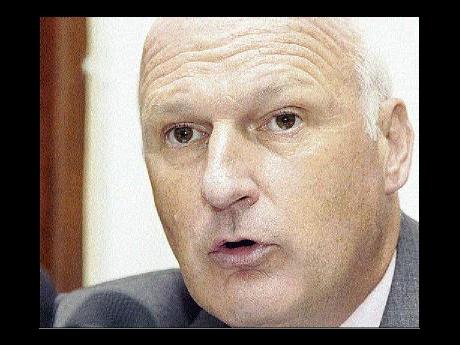 Assistant Commissioner of Police (ACP) in charge of serious crime in the Jamaica Constabulary Force (JCF), Les Green, has declined to speak extensively about the latest round of threats reported to him by the Office of the Contractor General (OCG) against one of its senior directors.

ACP Green said he would comment on the issue in due time. He did not say whether anyone was questioned or arrested in relation to the threats.

The latest threat, the second one reported in the last two months, was made on Tuesday by an anonymous caller to the OCG's Knutsford Boulevard office.

The threats were made in relation to an investigation by the OCG into an intricate contract scam involving five contractors, which manipulated the National Housing Trust into funnelling millions of dollars in small contracts to a single contractor.

According to a release from the OCG, the caller told the senior director that he would be killed. This threat was reported to the police by the contractor general, Greg Christie, and a subsequent meeting was held between the Protective Services Division of the JCF and the OCG.

In that instance, "a person who claimed to be the brother of the director who filed the five applications telephoned two senior officers of the OCG and made veiled threats to them," a release from the OCG said.

According to the OCG, the caller said that he was "very powerful" and was connected to the ruling "Jamaica Labour Party" and "could get things done very quickly".

The OCG further explained: "When he was advised that the applications were being investigated, he told one of the OCG's directors that he now "knows what he had to do".

When that threat was made, the governing JLP condemned the move. This time around, Minister of Information Daryl Vaz told The Gleaner that he had little information about the matter as the investigations were ongoing.