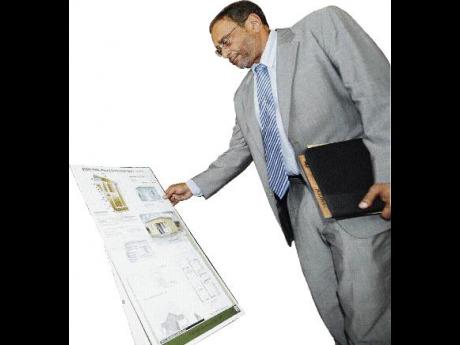 Chairman of the National Housing Trust (NHT), Howard Mitchell, yesterday said he remained chairman of the organisation, although he had not received the green light from the Government.

The NHT has again been propelled under intense public glare, since news broke that Managing Director Earl Samuel's contract would not be renewed and the board had not been officially informed of its status.

Mitchell said although the tenure of the board he heads had not yet been officially extended, it remained legally empowered to carry out its mandate.

"I have not resigned," Mitchell told The Gleaner yesterday.

"I am still the chairman of the NHT and the board is still in place," he asserted.

"Until I hear otherwise ... that I have been officially removed, we are still carrying out our functions," the NHT chairman added.

At the same time, Mitchell said he had received word from the Office of the Prime Minister that the matter was being addressed.

The prime minister has portfolio responsibility for the NHT.

The Government had extended the board's tenure to December 31 of last year. Almost a week since that time, there has been no word from the Government.

The failure of the Government to put in place a properly constituted board, the decision not to renew the contract of the NHT managing director and the plans to borrow $477 million from the fund were featured at Tuesday's protest sitting of Parliament by the Opposition.

Portia Simpson Miller, the opposition leader, charged that the Government was using the NHT as a political pawn.

She warned that the Opposition would not stand by and allow the legacy of former Prime Minister Michael Manley, who established the NHT in 1976, to be destroyed.

"We are concerned with the approaches to date by the administration in terms of critical state agencies - the dismissal, resignation or non-renewal of the tenure of the entire board of directors of the NHT is deeply worrying," said Simpson Miller.

The opposition leader was acerbic in her criticism of the decision by the Bruce Golding administration to dip into the fund, after chastising her two years ago for similar actions.